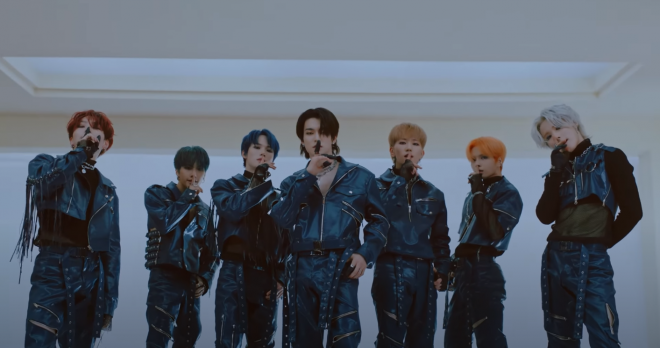 E’LAST boasts powerful charisma in the music video for their b-side song “Dangerous”.

Rookie group E’LAST continues to show their unique and attractive charms, drawing attention from music lovers everywhere. The boys are moving their focus from their newest title track to their b-side “Dangerous” and to further hype fans, they revealed a music video clip with irresistible appeal. 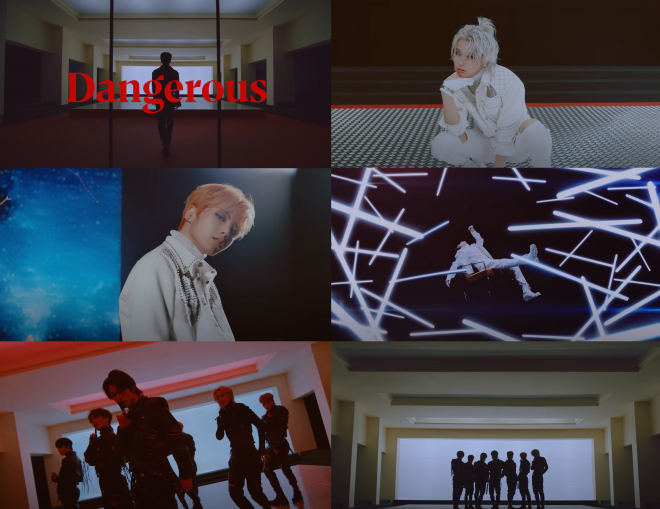 In the video, the members showed an intense transformation, both musically and visually. From their clothes to hairstyling, the artists caught the eyes of the public with magnificent appearances.

Additionally, their powerful performance did not fall behind in terms of appeal. The passionate and strong dancing, fitting of the fast beat of the song, combined with the chic charisma of the members created an entrancing music video to put on repeat.

Particularly, “Dangerous” is an EDM track that differs from the sensibility shown through “Swear” and “Tears of Chaos”. It presents a more fierce side of the group, as further proven by their outstanding performance.

“Dangerous” is part of the rookies’ second mini-album AWAKE, which was released in November. The title track “Tears of Chaos” also showed the great potential that the members hold. The group portrayed a unique sound and stage, continuing to establish their own colors.

The boys made their debut in June 2020 and keep drawing attention from global fans. They successfully surprised and impressed music enthusiasts the moment they stepped onto the K-pop scene. Undoubtedly, fans are looking forward to what the artists will show in the future as well.

Meanwhile, E’LAST will be dominating the stages of various music show broadcasts with their intense performances of “Dangerous” starting this week.