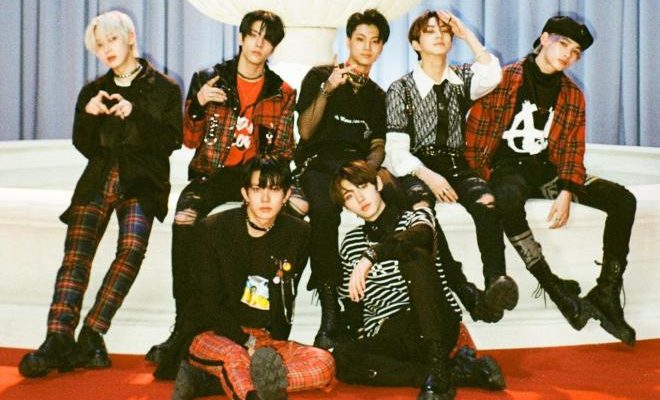 ENHYPEN will communicate candidly with fans through a special vlogging series. The content, titled EN-loG, will feature the members’ normal, daily lives. The group released an official scheduler on their SNS platforms, revealing that the vlogs would focus on one member per day. 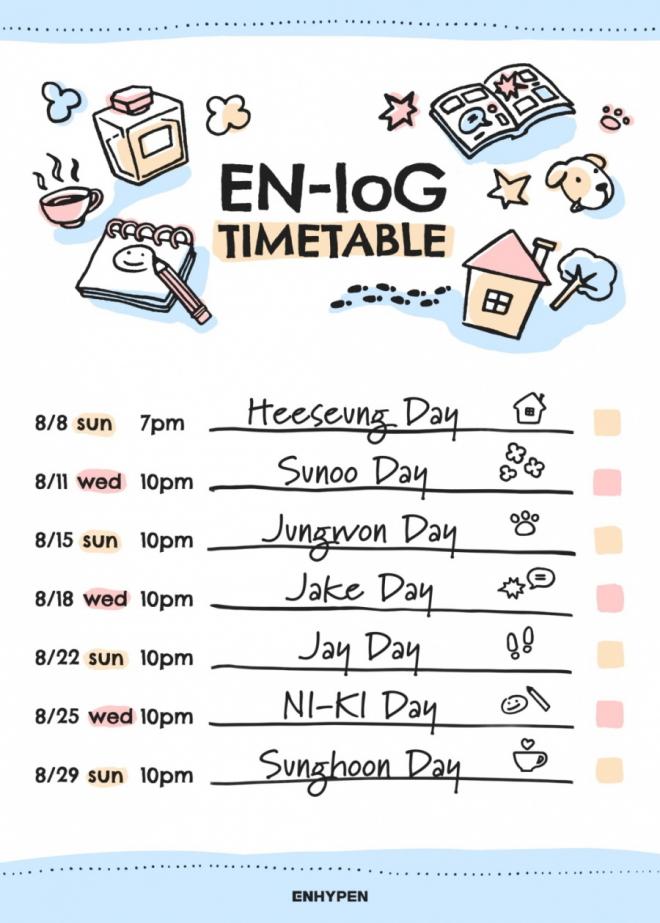 The videos will release sequentially on Wednesdays and Sundays for a span of three weeks in August. Starting with Heeseung Day, Sunoo’s video will proceed, followed by members Jungwon, Jake, Jay, NI-KI, and Sunghoon.

Illustrations in the schedule include pets, houses, comics, and drawing, raising curiosity regarding what the videos will reveal about the members.

Overall, EN-loG will share with fans the happiness of daily life from ENHYPEN’s view. The members will not only show scenes of their day but will also reveal their hobbies to their fans. Through the videos, ENHYPEN will communicate more closely with fans. Additionally, the subtitles of the videos are written directly by the members, providing a more intimate feel.

Fans first became captivated by the members during the survival program, I-Land. Through the show, viewers grew closer to the members, voting for their eventual debut.

Recently, the group made their Japanese debut with the single album called BORDER 儚い. Following its release, the group topped the Oricon Daily Singles Chart for a week while dominating weekly charts, illustrating their growing popularity in Japan.

Moreover, the group received praise for their success by American publication, Forbes. The media giant stated that the group became a “fourth-generation hot icon” by showing their impressive growth after their debut, amassing global fans.

The group will now greet fans across the world through EN-loG. The series launches on August 8 at 7 PM KST.