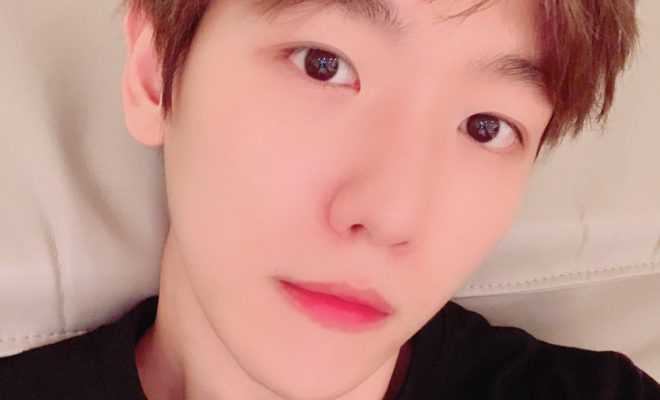 Despite his almost three-week inactivity on Twitter, EXO’s Baekhyun continues to see a growing number of followers each day since he joined the social networking site in May 2018 but only posted his first tweet on June 2 of the same year — officially becoming the first member of the boy group to launch a Twitter account.

In fact, the EXO member hit another milestone after surpassing the two-million follower count in only eight months since he went public on the SNS.

He has also tweeted 178 tweets since he joined the social networking site. From these tweets, he received an average of 124,275 retweets and 225,158 likes, according to socialblade.com.

In other news, Baekhyun will attend the launch of Privé Alliance’s latest collection on February 26. The singer, who serves as the co-creative director of the brand, will make a special appearance in the event. It will be held at the 6021 Hollywood Boulevard in Los Angeles, California.