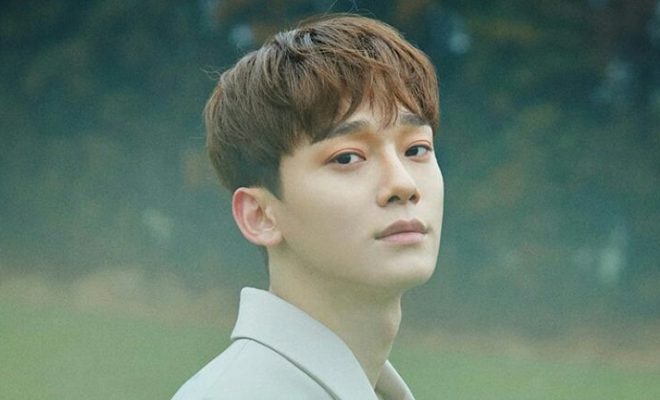 EXO’s Chen has received lots of love from EXO-Ls worldwide who gathered to express their support towards him and his upcoming marriage as the majority.

EXO-Ls from different parts of the world banded together to show their love and support for EXO’s Chen – especially with the announcement of his upcoming marriage making the headlines recently. 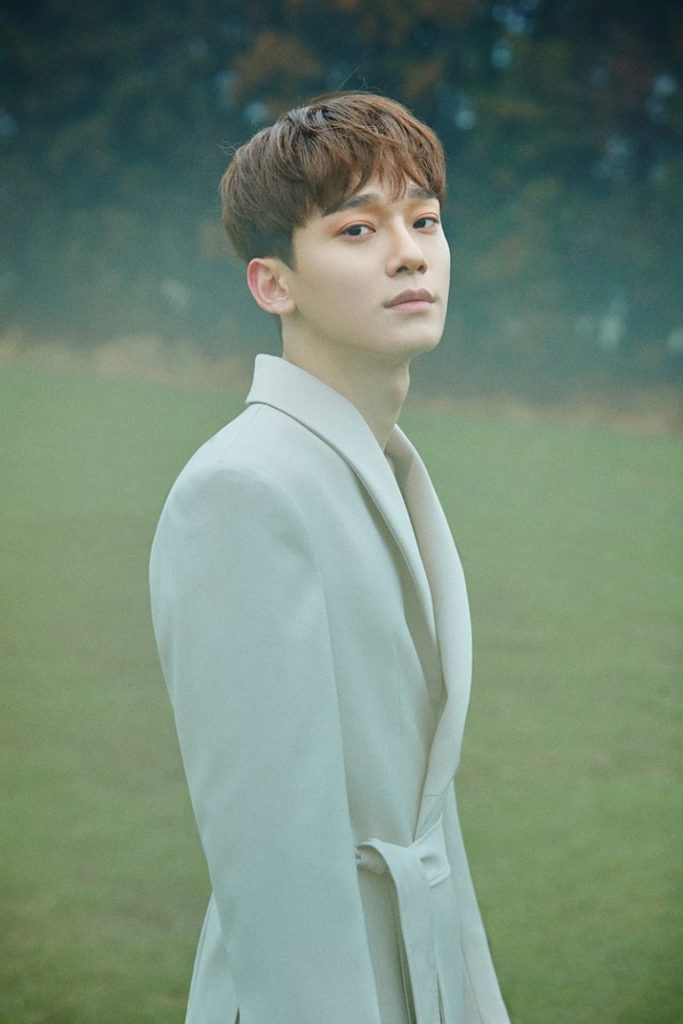 Earlier in January, the EXO member announced his upcoming marriage to his non-celebrity girlfriend whom he is also expecting a baby with.

As the news broke out, some Korean fans expressed their opposition towards Chen’s decision online, as well as through a physical protest by the SMTOWN Coex Atrium on January 19 and a LED truck stationed by the same place recently which had been removed immediately due to parking violations. Both of which had been demanding the EXO member’s withdrawal from the group due to his announcement – which unfortunately to them, a majority of international EXO-Ls had rebutted.

With a campaign titled “Global EXO-Ls In Support of EXO Chen/Kim Jongdae: We Are The Majority”, EXO-Ls from all around the world voiced out their continuing support to both the EXO member and his decision. Emphasizing that they respect the singer’s decision as it makes him happy, the campaign saw the gathering of various fans of the group all around the world to prove by numbers that the majority of fans are continuing to love and support Chen.

We are coming up with a new campaign called:

"Global EXO-Ls In Support of EXO Chen/Kim Jongdae: We Are The Majority."

If you organize a fan rally/meeting in support of Chen, please use the above caption with #WeAreTheMajority and we will promote them.#CHEN_STAYS

Filipino EXO-Ls took their support to the next level by holding fan gatherings in more than just one city, and with the large number of fans who attended to show their support to Chen, the huge fanbase of EXO in the Philippines proved to be an amazing percentage of the majority.

Global EXO-Ls In Support of EXO Chen/Kim Jongdae: We Are The Majority.

Global EXO-Ls In Support of EXO Chen/Kim Jongdae: We Are The Majority.

A huge number of fans also gathered in Peru to show that they will always be with Chen, whom they also thanked for lighting up their lives with his wonderful voice.

Global EXO-Ls In Support of EXO Chen/Kim Jongdae: We Are The Majority

More than 40 people came and donated 🙌🏻

From #Peru, we will always be with Chen!

Fans in Italy also participated in the We Are The Majority campaign by gathering to show their never-ending support to the singer and the rest of EXO.

EXO-Ls in Argentina also held two events which both gathered a number of fans in the country who firmly voiced out that EXO is nine.

EXO-Ls in Turkey also prepared a special video to show how greatly they love and support Chen and his happiness.

Fans in Costa Rica also put together a video to show them sporting their “Chen Stays” slogans to prove how a huge number of fans in the country also have utmost support for the idol.

[❤️]
Proyecto "We are the Majority"
Costa Rica 🇨🇷

A huge number of fans gathered in Mexico to show how huge the support for the singer and his recent decision has been among fans in the country.

EXO-Ls in Mumbai and Manipur also showed their outpouring love and support to the idol by spreading good vibes in their gatherings which both saw a lot of Indian EXO-Ls in attendance.

With completion of our last MID in Mumbai and our support for #CHEN, we finally end our "Miracles In December" 2019 edition.🎈

A big thanks to all our respective representatives & EXOLs.❤️

We talked about Chen, EXO, how happy we are because of EXO! Just like Chen, our day was beautiful! Manipur EXO-L fam had a small gathering and decided to take a pic together…….atleast we aren’t 7🤭#CHEN_STAYS#엑소9_평생_함께가자#WeAreTheMajority pic.twitter.com/duAyvwtzLo

Fans in France also gathered up by the Eiffel Tower to show their massive love to the singer.

Along with expressing their continuing love and loyalty to Chen, EXO-Ls in Bangladesh also made sure to congratulate the idol on his upcoming marriage and fatherhood in the sweetest way possible.

Moreover, fans in Kenya expressed their utter excitement for what’s up ahead for Chen with the new chapter in his life as a husband and a father soon. They also wished him and his future new family the same happiness that he had given them.

Fans in Azerbaijan also made sure to show that they are always with Chen in a special and heartwarming video showing their non-stop support towards the idol.

The huge number of Indonesian EXO-Ls gathering to give their sincerest congratulations to the singer for his upcoming marriage took on “heartwarming” to the next level, especially as they stated that his happiness is also their happiness.

Moreover, Indonesian EXO-Ls also took on a water fountain project dedicated to the singer to further show their love and support.

You're Good Enough Chen, waiting for you ❤️ #WeAreTheMajority

EXO-Ls in Brazil also filled up the venue for their fan gathering event as they firmly expressed that they are one in loving and supporting Chen and the whole of EXO.

Fans in Ukraine also banded together to hold a sweet celebration of their love and support for Chen, especially with a beautiful new chapter in his life about to bloom soon.

"Global EXO-Ls In Support of EXO Chen/Kim Jongdae: We Are The Majority."

Tiny (🥺) part of our management team with their friends organized a fan meeting in support of our Chen-Chennie✨#CHEN_STAYS #엑소9_평생_함께가자 pic.twitter.com/jRaym5OmAe

Besides these offline protests, EXO-Ls also launched a petition to ask for SM Entertainment’s protection for Chen against the malicious comments, harassment, and online bullying being done towards him due to his recent marriage and fatherhood news. This petition, which can be found here, had gathered over 136,000 signatures already as of writing.

They had also voiced out their support to Chen with a hashtag protest on Twitter. Together with hashtags in Korean, the online fan protest also included tags like #Chen_Stays, #MyAnswerIsEXO9, and of course, #WeAreTheMajority, among others.

Hellokpop, as an independent Korean entertainment news website (without influence from any agency or corporation), we need your support! If you have enjoyed our work, consider to support us with a one-time or recurring donation from as low as US$5 to keep our site going! Donate securely below via Stripe, Paypal, Apple Pay or Google Wallet.
118
SHARES
FacebookTwitter
SubscribeGoogleWhatsappPinterestDiggRedditStumbleuponVkWeiboPocketTumblrMailMeneameOdnoklassniki
Related Items#WeAreTheMajorityChenEXOexo-l
← Previous Story Amazing Music Stages & Fan Experiences To Expect At “KCON 2020 Japan”
Next Story → Get Ready For DJ HYO’s Exclusive Set In Manila Through This Playlist