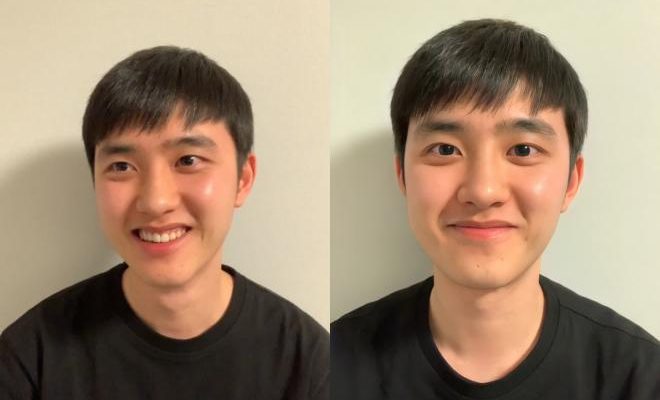 EXO’s charming vocalist D.O. is ready to embark on a new journey as an actor slash idol as he officially returns from the military!

EXO’s D.O. recently held a surprise V Live broadcast for his lovely EXO-Ls in celebration of his recent military discharge.

The idol began the V Live session by greeting and thanking fans for their continuous and utmost support. He then shared how he spent his final vacation as a military officer as well as his future career plans. 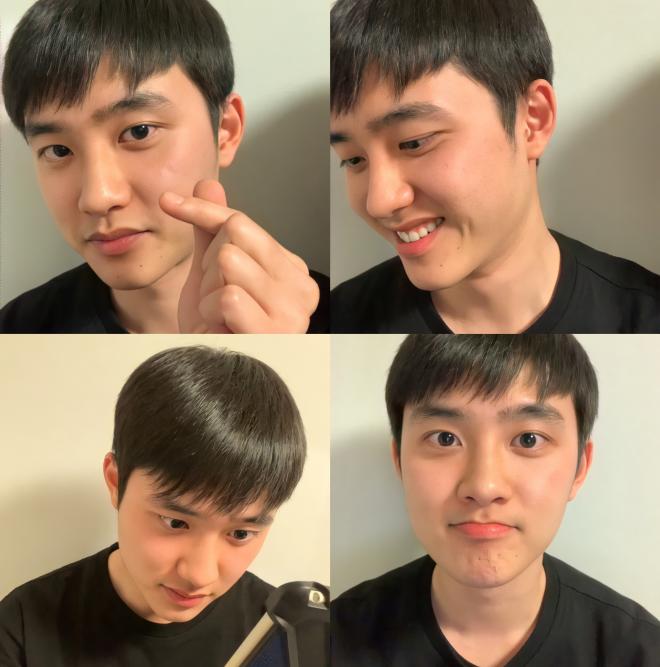 Expressing his joy of seeing his loved ones again, D.O. said that he spent a lot of time cooking at home and eating all the dishes he did not get to savor during his military service.

When asked about how he celebrated his 28th birthday, the idol said that dedicated the entire day bonding with his family and eating different kinds of dishes made by his mother.

Recalling his beautiful memories from his service, the dazzling singer shared that he enjoyed cooking for his fellow officers. He also said that he was able to learn how to properly play the guitar during his free time.

“I did my best cooking for [the unit] since everyone worked hard and they told me [the food I made] was delicious, which made me really happy,” he added.

The dazzling singer also talked about the songs he listened to while he was away. He noted that he enjoyed jamming to pop songs such as Ed Sheeran’s “Supermarket Flowers” and Sam Fischer’s “This City.”

Demonstrating his admirable taste in music and shows, D.O. mentioned that he also listened to songs made by Justin Bieber and Shawn Mendes and watched the American miniseries The Queen’s Gambit.

During his V Live session, D.O. also discussed about his future plans, particularly his upcoming movie and solo album.

Making fans wishes come true, the idol shared that the songs included on the album are already finalized. He is also currently working on the lyrics and is preparing for recording.

While the final date for the album release has not yet been revealed, the singer said that he is working really hard to produce music that fans will really like.

Moreover, D.O. also asked fans to anticipate his upcoming science-fiction film with Seol Kyung Gyu titled The Moon. Slated for release this 2021, the movie is about a man left alone in the outer space and another man on Earth who is trying to save him.

In the middle of the broadcast, EXO’s maknae Sehun surprised D.O. by making an impromptu appearance. Known for his playful personality, Sehun also chatted with EXO-Ls, while pleading D.O. to do aegyo poses.

Sehun, who recently finished filming his movie Pirates 2, shared his plans of going on a hike with his hyung and capturing the view while at the summit. Moreover, he also said that he congratulated and met with D.O. a lot after his discharge. 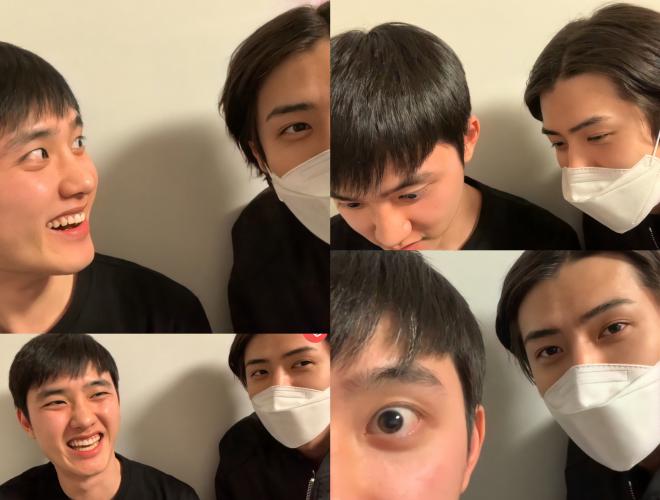 Expressing the feeling of longing, D.O. mentioned that he missed his managers, friends and especially his EXO members during his military service.

Recalling his experience of watching his fellow members in a concert, D.O. shared that it felt nice having to witness everything in their fans’ perspective. He also said that his members performed really well and that he really enjoyed the show.

Known for its calming vibe, the track gained significant attention from worldwide fans, even from other K-Pop idols.