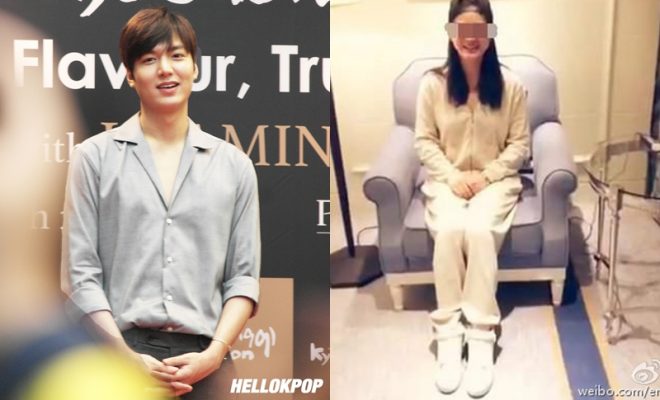 Especially for girls, that must have required a lot of courage to do so.

In a video uploaded by an “assumed” fan girl of actor Lee Min Ho on April 15, she dedicated the whole process of shaving her hair for Lee Min Ho.

In front of the camera, she revealed she was sad about Lee Min Ho’s army enlistment, which would result her not being able to see him for two years. She has always wanted to do something for him, so she decided to shave her hair and claimed that she will be a vegetarian until he returns. At the time of writing, there is no confirmation of Lee Min Ho’s military enlistment.

The fan received much criticism for her action, but she took it lightheartedly by responding that she is not regretful of her decision, and she is open to experience anything in life. However, she also apologized for all the troubles caused.

Some fans also showed their support to her, while some said she did not have to shave hair to prove her love to the actor, as long as she stays devoted to her idol.