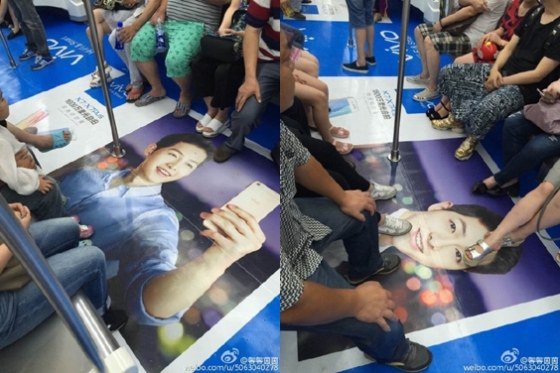 Imagine being stepped by many people everyday.

Chinese mobile technology company Vivo is facing harsh criticism from Chinese fans after they found their favorite idol Song Joong Ki featured on the subway floors, being stepped by commuters.

Chinese netizens have raised a strong protest to Vivo for placing its ads of Song Joong Ki on the subway floors. They issued threats, saying “If you (Vivo) do not make a formal apology, we will close down your stores.”

Vivo has since quickly responded to the rising anger of fans, “We are aware of the seriousness of the improper advertising, and have sent workers to take them down over the night. We promise that such incident will not happen again.”