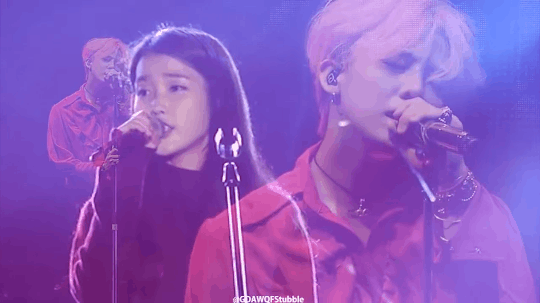 A Fan Recreated A ‘Collaborative’ Video Between G-Dragon And IU, And It Becomes An Instant Hit

After watching this video, will you be rooting for a collaboration between the two?

Recently, a fan-made video, which features G-Dragon and IU, has been spreading fast in the K-pop fans’ communities.

In the video, the two artists were singing the track titled If You in their separate concerts. A dedicated fan then used video and sound editing skills to recreate the two renditions into one.

Notably, G-Dragon’s warm voice completely intertwines with IU’s sweet sentimental vocal. Many netizens later wrote compliments to the owner of this recreated clip. They also expressed the expectation that the two stars will get to sing together in a real collaborative stage one day.