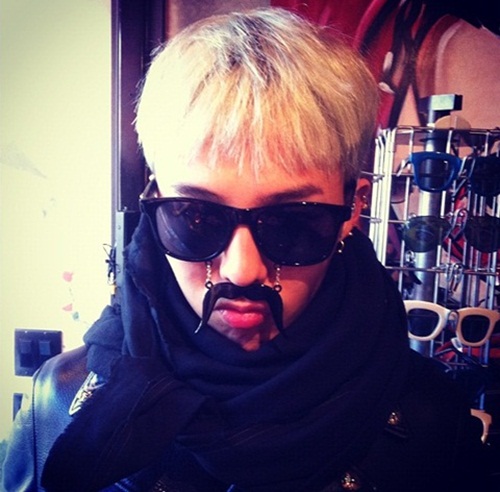 G-Dragon moustache you something, ‘How do I look with a moustache?’

On November 10th G-Dragon uploaded a quirky photo onto Twitter and asked for fans to tell him how he looked with the moustache.

“How do I look with a mustache?” He tweeted.

The photo showed G-Dragon wearing unique sunglasses with attached moustache. It’s a design that might not look to well on many people, but he pulled it off well, just like how a fashionista would be able to.

November has been labelled the official month for Movember where thousands of men around the world will be growing a moustache to raise awareness for men’s health. More information here.

What do you think about his moustache? Is there anything G-Dragon CAN’T pull off?