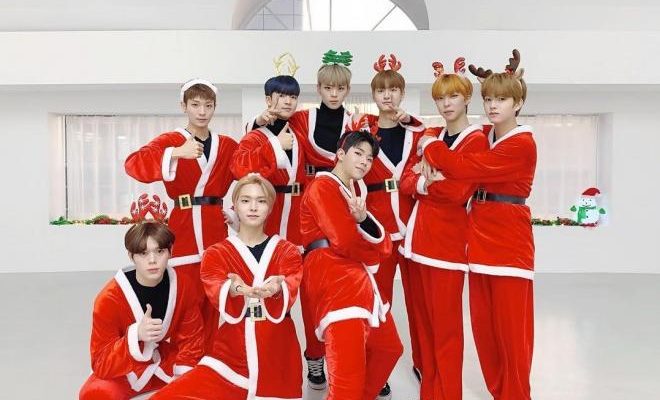 Two words that describe GHOST9 in this video would be adorable and awesome!

GHOST9 members have transformed into cute Santas in the dance practice video for their track “Splash”, a b-side track from its new mini-album PRE EPISODE 2 : W.ALL. 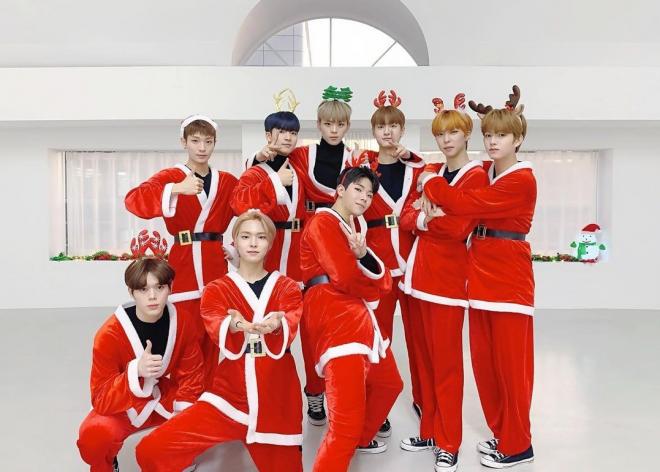 They gave off a cute and crisp aura as they showcased clean dance movements in the special version of choreography video. It was enough to shoot an arrow straight into fans’ hearts, all because of their warm visuals, as well as its unexpected charms, where cuteness and charisma coexist.

Celebrate the holiday season with the Christmas version of “Splash” by GHOST9:

GHOST9 just recently made a comeback with their new mini album PRE EPISODE 2 : W.ALL on December 10. The album depicts GHOST9 opening the door and moving towards the light through the towering barrier they have faced.

The title song “W.ALL” features a smooth transition and a groovy rhythm. It also has a little hint of retro feels. The song offers the members’ flawless rap lines and impressive vocals.

In particular, GHOST9 held a solo comeback showcase at the heliport on the 84th floor of Busan, following their debut showcase at 63 Building in Seoul. They prove that their vocal and performance skills have grown as much as how enormous the buildings are.

Meanwhile, GHOST9 continues communicating with fans with by releasing their variety show Let’s GHOST9 every Monday at 7 PM (KST) on its official YouTube channel.