Jaehyun shines with his impeccable English skills in this captivating Woollim The Live cover video.

Woollim The Live 4 has been entertaining fans with its live video contents, showcasing a variety of ranges in the songs’ genres. It has also allowed the company’s artists to shine their individual talents outside of their respective groups. The latest addition to the line-up is Golden Child’s Bong Jaehyun, who picked an English song to steal the hearts of fans with. 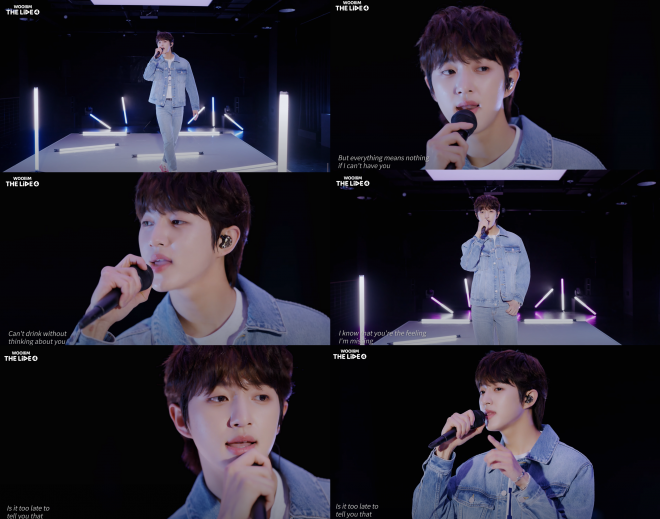 Specifically, the idol chose to cover Shawn Mendes’ “If I Can’t Have You”. The track allowed Jaehyun to put his English skills into good use, flaunting his flawless pronunciation in this cover.

From the very beginning of the song, eyes and ears were both captivated by the talented singer. He presented a sweet love song and melted the hearts of fans everywhere with his husky voice.

The denim outfit and the boyish charm fit the song well, drawing further attention to the performer. Undoubtedly, many who saw this video fell for the golden boy and would love to get to hear him more.

Jaehyun is part of the boy group Golden Child, who made a comeback at the start of the year with the mini-album YES. The idols revealed a surprising cinematic music video for their title track “Burn It”, later dropping a longer version to satisfy fans’ demand for more.

After, they moved to promote one of their b-side tracks, “Breathe”, which also intrigued with its music video story. The boys continue to grow as artists and in popularity, drawing attention to themselves with all their hard work.

Notably, Jaehyun is not the only one from his group who took part in the Woollim The Live series. More covers from the talented boys can be found on the official YouTube channel, along with other artists from the company.