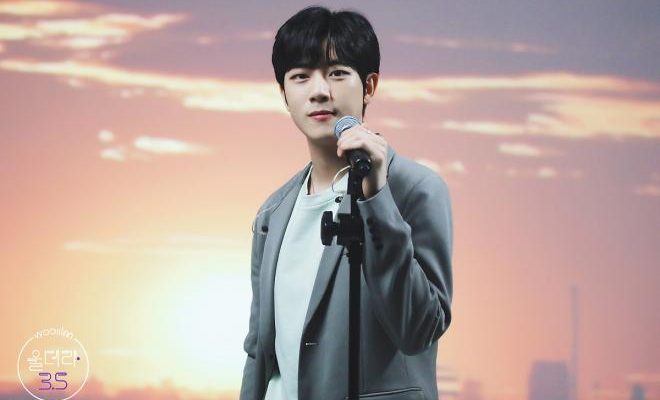 Golden Child’s Jibeom stole hearts with his boyish visuals and soft voice in his participation in Woollim The Live 3.5.

A new video appeared on Woollim The Live YouTube channel on April 21, featuring Golden Child’s Kim Jibeom. In the clip, the idol covered Jannabi’s “For Lovers Who Hesitate”, presenting his own reinterpretation of the track. 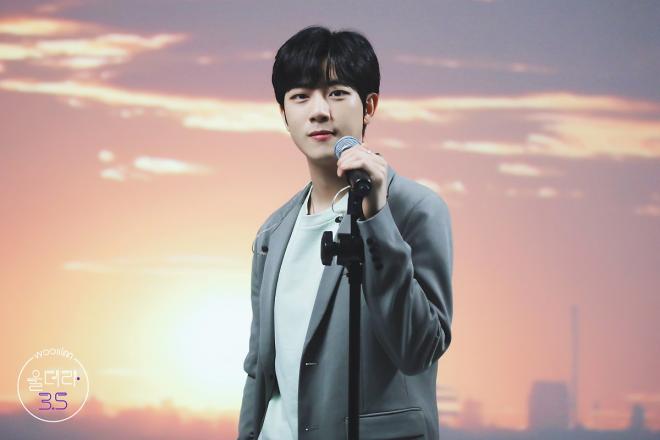 Jibeom captured the eyes and ears of viewers with his delightful singing and his relaxed expressions. The beautiful background which captured a sunset view added to the immersion of the video.

The singer showcased his unique charms and talent through this cover. His sweet voice magnified the mood of the lyrical song and created a deep impression, leading to favorable reviews from music fans.

In regards to his song choice, the artist said, “I am so excited and honored to be able to sing this song that I like. This is the first song I heard from Jannabi and it is one that I listen to a lot.”

He also expressed his strong wish to show his version to fans and to do well. “I worked hard to get a good response to the cover, so please look forward to it.”

Jibeom is part of the talented boy group Golden Child, whose recent return once again proved their growing global popularity. With him taking part in Woollim The Live, fans got a different feel to his singing, earning him even more praise as a singer.

Woollim The Live is a high-quality live content that artists from Woollim Entertainment present every Wednesday and Saturday at 8 PM KST. They offer hidden stages that have not been seen before and are currently running their season 3.5.