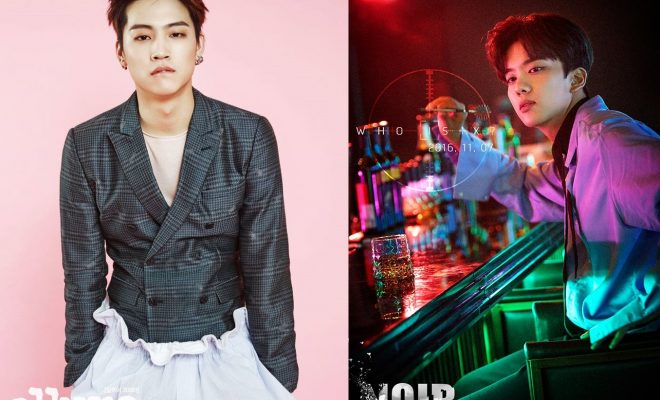 GOT7’s JB And B.A.P’s Youngjae Up Next For ‘Celebrity Bromance’… But What About Daehyun?

The two idols are up next!

GOT7‘s leader JB and B.A.P‘s Youngjae are up next for Mbig TV’s Celebrity Bromance. They have already filmed the show on November 21.

The two idols have been good friends before debut since their trainee days in JYP Entertainment. Their friendship is still strong even after debuting under different agencies.

The episode will air through Naver TV Cast and YouTube on November 29 at 11PM.

While fans are delighted and excited about the news, both fandoms jokingly poked fun at Daehyun. The two B.A.P members are known to be close. But, JB and Youngjae are going on the show as close friends instead:

Youngjae: Baby can you-

/whispers “daejae is over. youngjae and jaebum is back together now” pic.twitter.com/96iNAY97Tk

“Youngjae will be filming ‘Celebrity Bromance’ with GOT7’s JB”

“Youngjae telling us to look forward on it”

“Next Celeb Bros, Youngjae of GOT7 and Daehyun of B.A.P”
Dh: How you like it now
Yj & JB:#ThanksgivingWithBAP #ThanksgivingwithGOT7 pic.twitter.com/7vTsVY8L9q

Choi youngjae and Daehyun to jaebum and yoo youngjae pic.twitter.com/4AGv9yU8nu

Youngjae : hey babe, can you pass the salt?