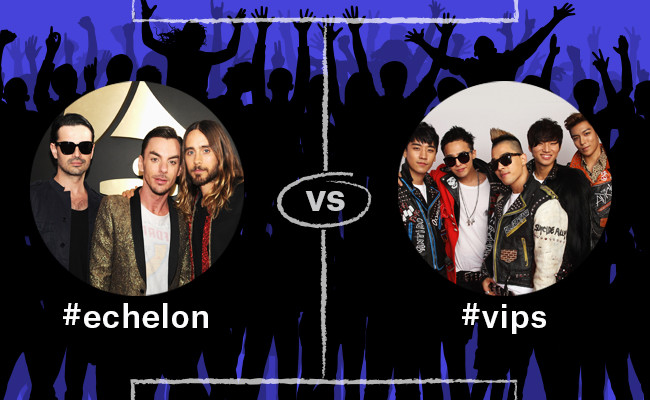 Is BIGBANG’s fan army the strongest?

Billboard.com created a new poll with stricter regulations after their first poll for the final round of the Fan Army Face-Off was “compromised”.

The last round between US band 30 Seconds to Mars fans and K-Pop group BIGBANG‘s VIP was suddenly put into a  brief halt after the staff found out that their original poll for the strongest fan army has been compromised.

The new poll  is due to close on August 17 and the winner will be announced the following day.

In the revised poll, they now require an email address before casting your vote. 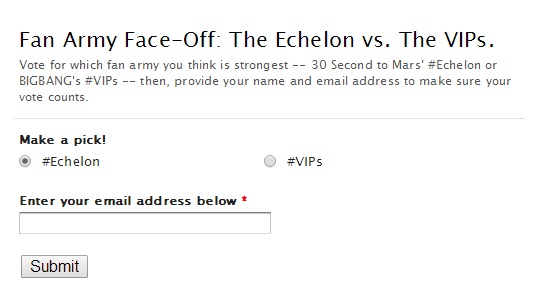 The VIPs have successfully made it to the final round after defeating Skillet’s Panheads, Girl’s Generation SONEs, Selena Gomez’ Selenators and Rihanna’s Rihanna Navy.

Will the fans of BIGBANG prove to the global music industry how phenomenal K-Pop fans are? Will you be supporting the VIPs even if you are not a BIGBANG fan?

You may cast your vote here.