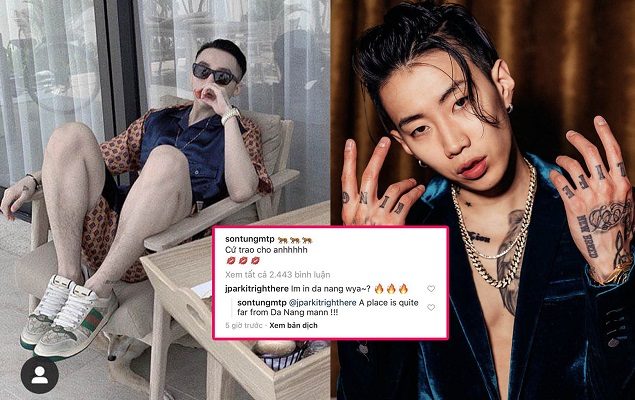 Today, Son Tung M-TP is, undoubtedly, known as one of the most outstanding and talented V-pop artists in Vietnam although he had once faced fierce plagiarism accusation of BTS’ “Fire”.

Besides many hit songs and unique style, Son Tung M-TP is also known as a V-pop idol who has forged close friendship with numerous international stars like rapper Snoop Dogg and Thai actress Mai Davika.

The Vietnamese singer, born in 1994, once again surprised his followers when his latest Instagram post was responded by Korean rapper Jay Park, just like how close friends will usually do.

On July 13, Son Tung M-TP shared some pictures on Instagram, which his fans could easily recognize the location to be a resort where the male singer is currently on vacation after his recent successful comeback with “Give It To Me” featuring Snoop Dogg.

Out of the blue, Jay Park commented on the photo, saying: “I’m in Da Nang (a city in Central Vietnam). Where are you?”

After that, Son Tung M-TP responded that: “In a place quite far from Da Nang mann!!!”

Vietnamese fans expressed regret at Son Tung M-TP’s reply as they would have looked forward for further interaction between these two artists.