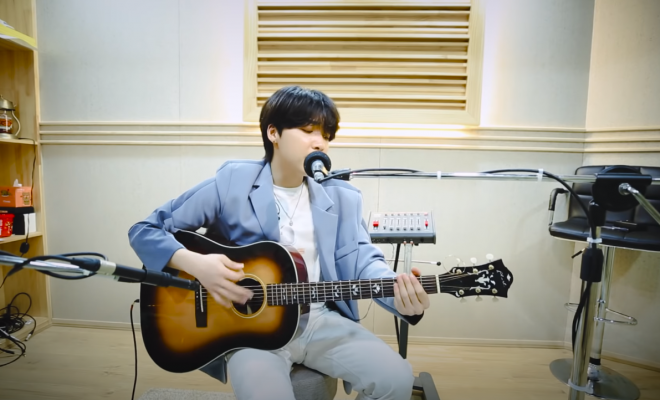 By Marty | May 29, 2020
FacebookTwitter
SubscribeGoogleWhatsappPinterestDiggRedditStumbleuponVkWeiboPocketTumblrMailMeneameOdnoklassniki

Jeong Sewoon celebrates 1000 days since his debut with a special song cover.

Jeong Sewoon reached his 1000 days since his debut. For the momentous occasion, he prepared a special song cover for his faithful fans. 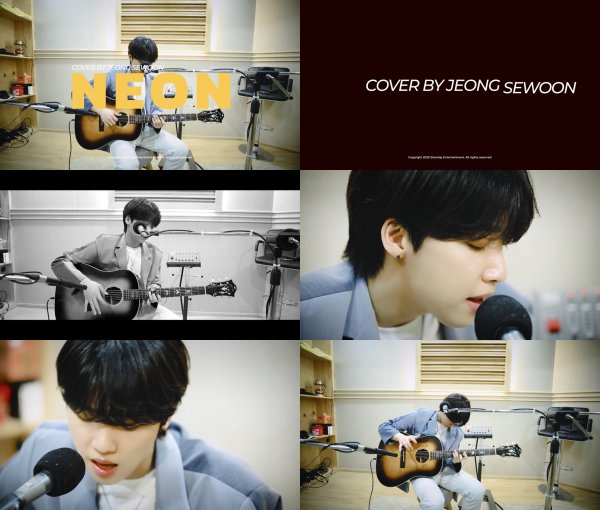 The artist boasts a refreshing visual with a blue dandy costume in the colorful and black-and-white video. Presenting an emotional music performance, Sewoon sang “NEON” while playing the guitar.

The video starts with him focused on tuning his guitar. Capturing the eyes and ears of fans with his music check, he then proceeded to impress through the actual song.

In particular, his sweet voice blends to the accompaniment of the acoustic guitar which warmly envelop the hearts of listeners. Here, he manages to show his sensuous music sense and his top guitar-playing skills.

When he reached the peak of the song, near the end, he impressed with his clear high-notes and explosive voice.

The featured music is the song which made Sewoon dream of becoming a singer. Back in 2018, jTBC’s Begin Again 2 featured the idol busking in Portugal, which received positive feedback from domestic fans.

Jeong Sewoon debuted in August 2017 with the song “Just U”. Since then, he consistently showcase his wide musical range with the pleasant melody for “Baby It’s U”, the soft guitar song “20 Something”, the refreshing “Feeling” and the emotional ballad “When It Rains”.

He is also active in various entertainment programs. These include tvN’s 4 Wheeled Restaurant, EBS radio’s Listen and the program Eardrum Mate. 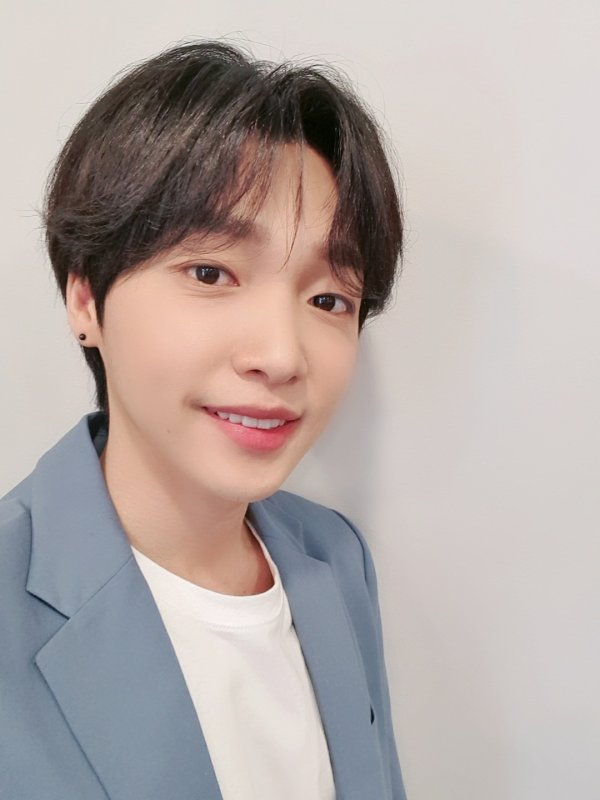 Hellokpop, as an independent Korean entertainment news website (without influence from any agency or corporation), we need your support! If you have enjoyed our work, consider to support us with a one-time or recurring donation from as low as US$5 to keep our site going! Donate securely below via Stripe, Paypal, Apple Pay or Google Wallet.
FacebookTwitter
SubscribeGoogleWhatsappPinterestDiggRedditStumbleuponVkWeiboPocketTumblrMailMeneameOdnoklassniki
Related Itemsjeong sewoonJeong Sewoon coverJeong Sewoon Neon정세운
← Previous Story BTS Launches Album Jacket Photos For “Map Of The Soul: 7 ~The Journey~”
Next Story → B1A4’s Sandeul Writes Healing, Relatable Words In New Song “Lazy Me”