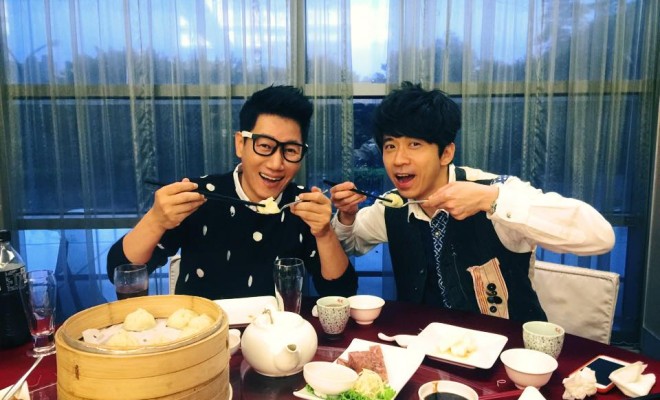 By Sharon | May 2, 2015
50
SHARES
FacebookTwitter
SubscribeGoogleWhatsappPinterestDiggRedditStumbleuponVkWeiboPocketTumblrMailMeneameOdnoklassniki

Ji Suk Jin will be unveiling a special stage with Chinese artist, Michael Wong, at Wong’s concert in Taiwan today on the 2nd of May!

Back in February, the Running Man cast met its fans at a fan meeting in Taiwan, and Ji Suk Jin performed a hit song named 童话 (Eng: Fairy Tales) by Malaysia’s Chinese artist Michael Wong for his individual stage. The artist later thanked Ji Suk Jin for liking his song, and praised his singing.

A day before the concert, Wong shared a photo of Ji Suk Jin and himself on his Facebook page with the caption: (translated) “Tomorrow we will prepare a mysterious performance for the live audiences, everyone please anticipate.”

Fans asked if they are going to perform the song Fairy Tales, and fans also acknowledged once again that Ji Suk Jin looks like another Chinese artist called Victor Wong.