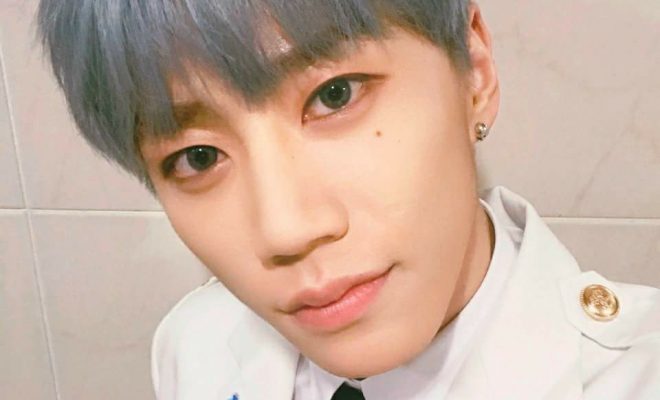 So sweet of Jun!

U-KISS member and The Unit top placer Jun was not embarrassed to show everyone his love for U-KISS and its fanclub KISS ME in his new Instagram post.

The youngest member of the South Korean group posted a photo, featuring U-KISS’ logo with a caption “I love ma team #ukiss and #kissme.”

Fellow U-KISS member Hoon reciprocated his dongsaeng’s confession with “me too ma bro.”

Jun has been expressive of his love and support for his members on social media as well as in his stint in the rebooting program The Unit.

Fellow U-KISS members were also supportive of Jun, promoting and cheering him while on The Unit.

During the final episode of the rebooting program, Jun mentioned his U-KISS hyungs in his “thank you”.

Other U-KISS members also congratulated him, with Kiseop dedicating an Instagram post to commemorate his successful run in The Unit.

In the post, Kiseop comforted Jun, who had a hard time while filming, and thanked him for holding on well.

“In the future, we will walk the flower path,” Kiseop wrote before ending it with, “I love you a lot, my brother” and “You are great.”

Jun joined U-KISS in March 2014, and officially debuted as the youngest member of the group in June of that same year with album Mono Scandal.

Along with the album, a rated 19+ MV of its lead track “Quit Playing” was released.

In 2017, Jun participated in The Unit, securing the first “super boot” on the show. He finished first among the male contestants during the show’s finale.