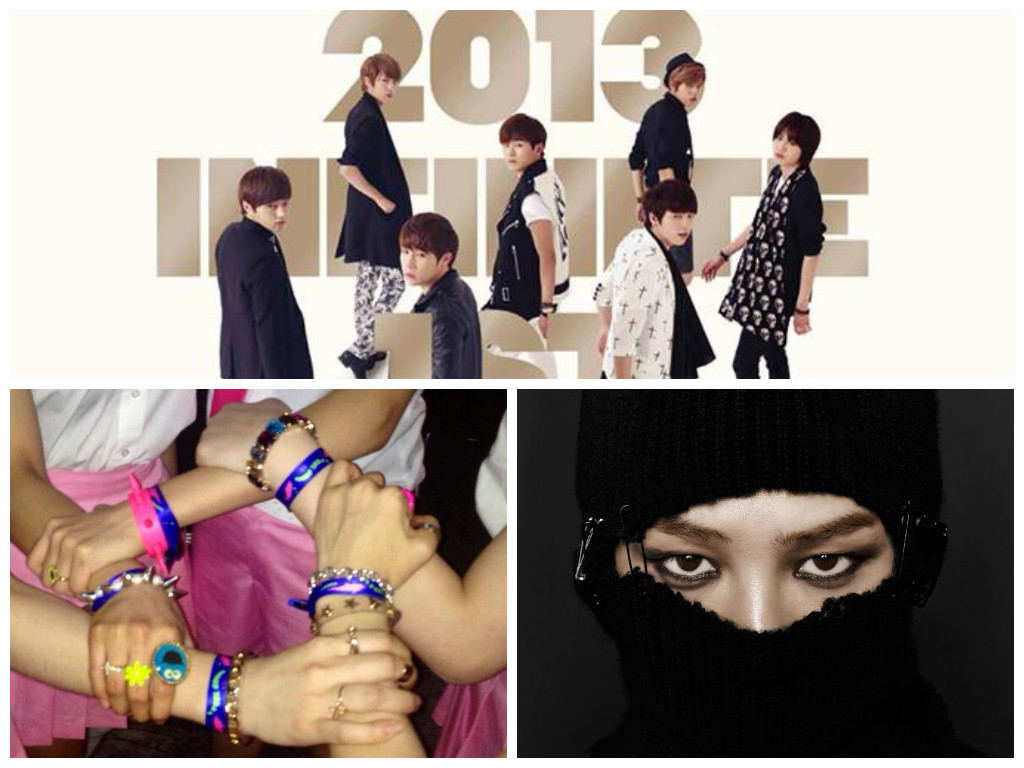 K-Pop has definitely taken the internet by storm. Not one, but three Korean pop-related hashtags has made both brief and lasting appearances on Twitter‘s Worldwide Trends within an hour’s time. 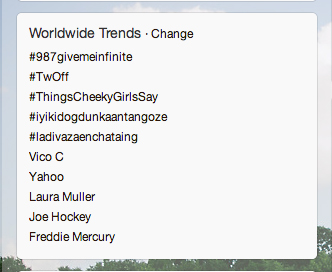 Singapore’s hit music station, 98.7Fm, is giving away two more pairs of INFINITE passes this week to fans who tweet #987givemeinfinite. Persistent fans have been tweeting 987fm’s The Double Ds‘ Dee Kosh and Divian Nair for the past three days in hopes to win a pair of tickets which has resulted in #987givemeinfinite making it onto Twitter’s Worldwide Trends twice within two days. 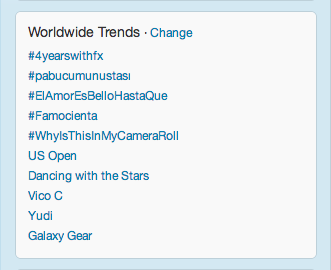 f(x) is also gaining its fair share of attention on Twitter as fans are tweeting #4yearswithfx to commemorate the girl group’s anniversary since debut.

After Amber‘s tweet of gratefulness, fans are simultaneously tweeting memories of f(x) by mentioning inspiration quotes and posting pre-debut images of the members. Despite the fact that the group still does not have a verified fandom name, f(x) continues to strive for improvement and continues to persevere. 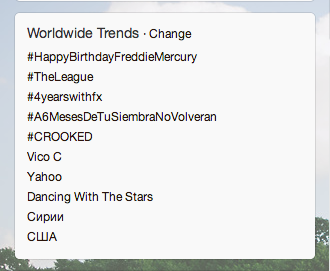 G-Dragon has also made an appearance on the Worldwide Trends list once again upon unleashing a music video for Crooked, a title track from the second part of Coup D’Etat.

Surprisingly, G-Dragon did not promote #CROOKED as how he did with #COUPDETAT, but has simply shared a link to the video instead. The hashtag has risen to popularity though similar posts by fans who have already viewed the music video for Crooked.

FacebookTwitter
SubscribeGoogleWhatsappPinterestDiggRedditStumbleuponVkWeiboPocketTumblrMailMeneameOdnoklassniki
Related Items987fmAmberCoup D'EtatCrookedDee KoshDivian Nairf(x)G-dragonINFINITEThe Double DsTwitterWorldwide Trends
← Previous Story Get your K-pop on with a ‘2D1N’ Hallyu Tour in Seoul!
Next Story → EXO: Look out for our English album