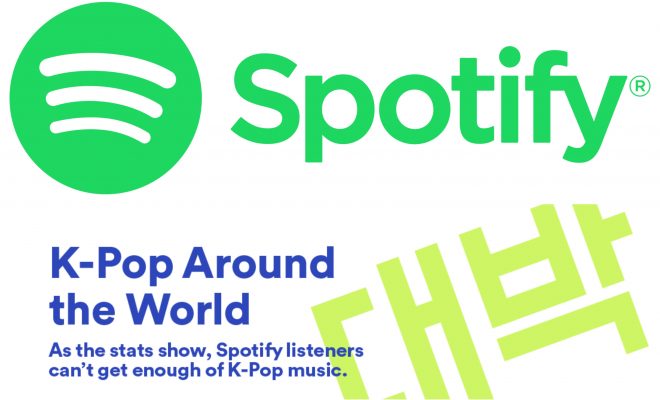 The K-Pop phenomenon is as real as before, and it is gradually becoming more global than ever.

K-Pop is definitely not a new thing but its impact has grown extensively in the last couple of years. The data from Spotify further reinforces this statement as the number of K-Pop listeners on this platform has been increasing exponentially.

Spotify has been a huge supporter of K-Pop since the launch of its first K-Pop flagship playlist K-Pop Daebak in 2014. The most popular global audio streaming subscription service recently revealed a series of statistics and trends that goes to show how much K-Pop has achieved in terms of streams and audience.

From 2014 to Jan 2020, K-Pop’s share of listeners and lovers on Spotify increased by more than 1,800% and the K-Pop Daebak playlist now has more than 2.4 million followers. Since 2014,  K-Pop music has been streamed for more than 134 billion minutes on Spotify.

Achieving milestones that were once perceived as insurmountable, BTS has been creating new records. Not only were they the most streamed K-Pop artist, they were also included in the list of the most streamed artists overall. The group isn’t new to breaking records, and their journey with Spotify has been marked by a series of milestones. 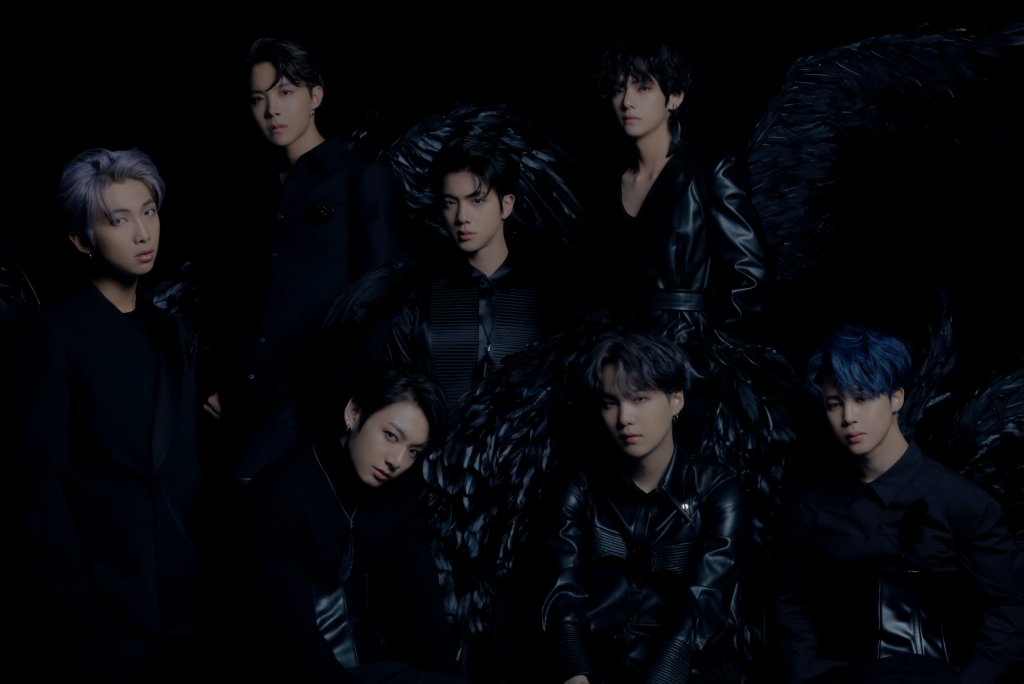 In 2019, BTS was the first group from Asia to surpass 5 billion streams on Spotify. As of February 2020, the boys have clocked more than 8 billion streams. In 2019 alone, the group’s music streamed more than 3 billion times. Also, in September 2017, the group became the first K-Pop artist to enter Spotify’s Global 50 chart, with the track “DNA”.

Recently, BTS released their latest album Map Of The Soul: 7 on February 21. The group also partnered with Spotify  to release an enhanced album titled Map Of The Soul : 7 The Enhanced Album. Fans can check the exclusive content on Spotify as it features original content that comes directly from BTS including heartwarming messages.

How is K-Pop dominating?

Speaking about K-Pop domination, Head of Artist and Label Marketing in Asia, Kossy Ng says, “There’s no denying the massive global explosion of K-Pop over the last few years, and we’ve witnessed it first hand on Spotify. This is truly the first Asian music genre to resonate so well with a global audience. K-Pop fans are among the most passionate and active, and K-Pop fandom – the way fans function, communicate and connect with one another – is like no other. There’s no doubt that K-Pop’s immense popularity will only continue to grow, and we’re excited to continue driving discovery and connecting K-Pop artists to fans all over the world.”

In 2015, Spotify launched an entire genre hub dedicated to K-Pop. It features playlists catering to the many facets of this exciting genre, from rising artists to collaborations, and to original soundtrack recordings from Korean films and TV dramas, known as OSTs. 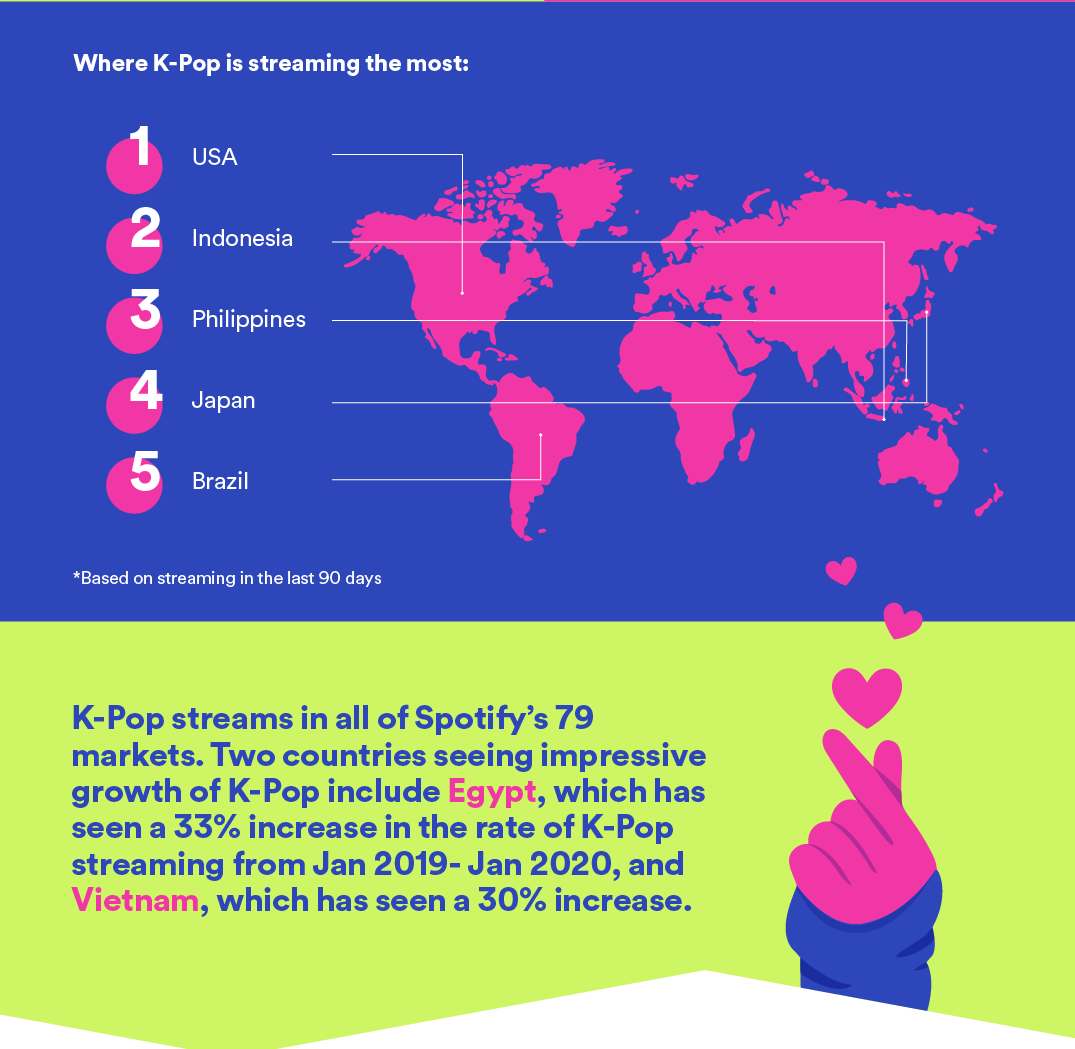 The top ten countries for streaming K-Pop at the moment (based on streams from the last 90 days): 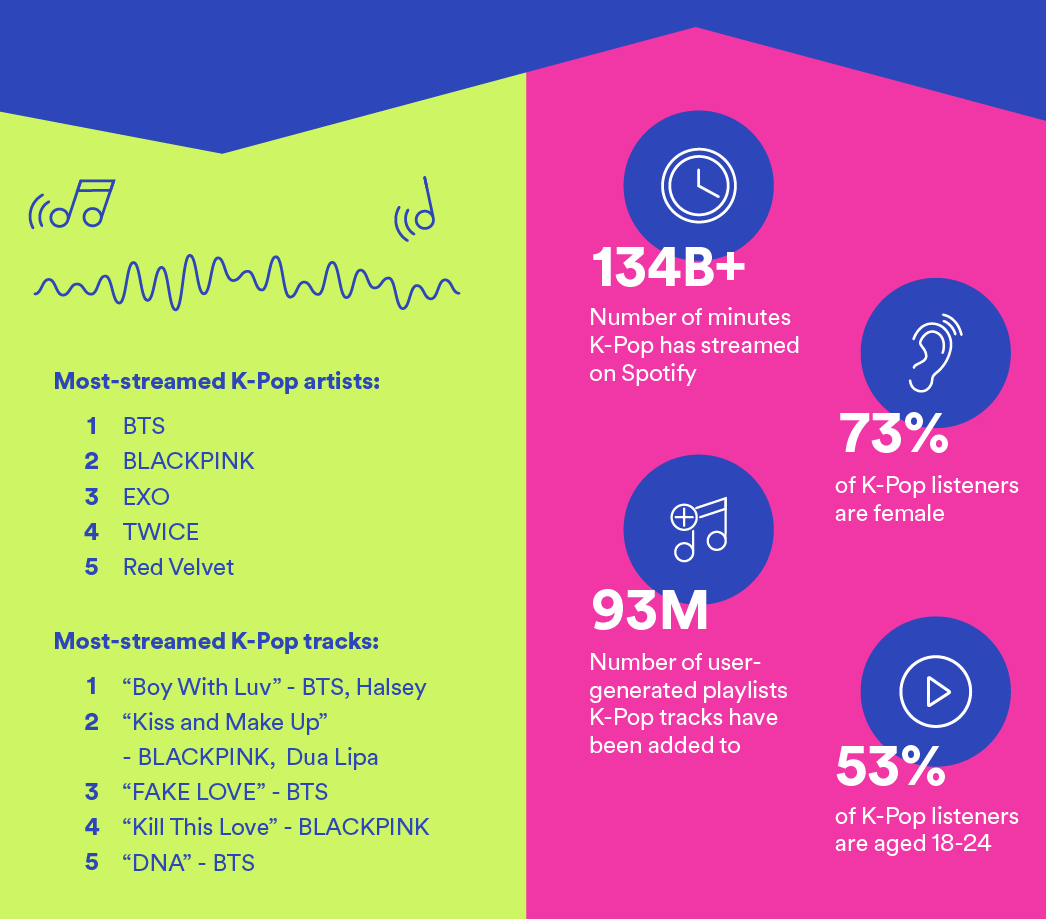