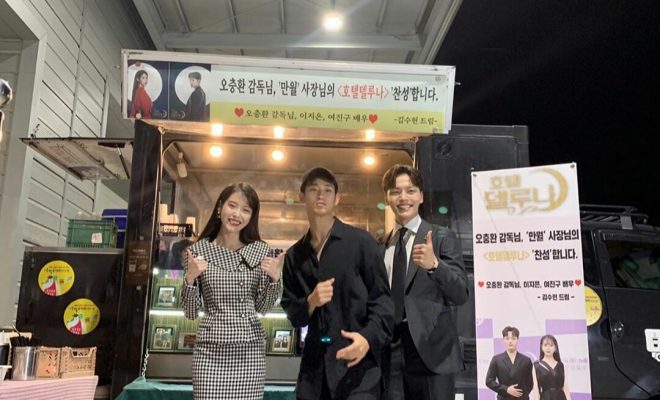 Freshly returning to civilian life, it is endearing that Kim Soo Hyun included an adorable support to his friend by stopping by to where IU is filming her new drama.

On July 16, the actress posted photos of Kim Soo Hyun dropping by at the filming site of Hotel Del Luna.

Taking souvenir shots of the visit, the three actors go for smooth and beaming poses. Additionally, in one photo, IU looked delighted showing the drink from the snack truck gift.

IU captioned the photos as “Baek Seung Chan’s hotel trip” in reference to his character in KBS2 drama – The Producers. The two starred together in the series in 2015. Prior to that, they also worked together in acclaimed youth drama Dream High.

Known for their close friendship, Kim has also appeared in the music video of “Ending Scene”. A track released in IU’s 2017 album, Palette.

Interestingly, it is also a reunion for Kim Soo Hyun and Yeo Jin Goo. The latter portrayed the young version of Lee Hwon in classic historical drama Moon Embracing the Sun. 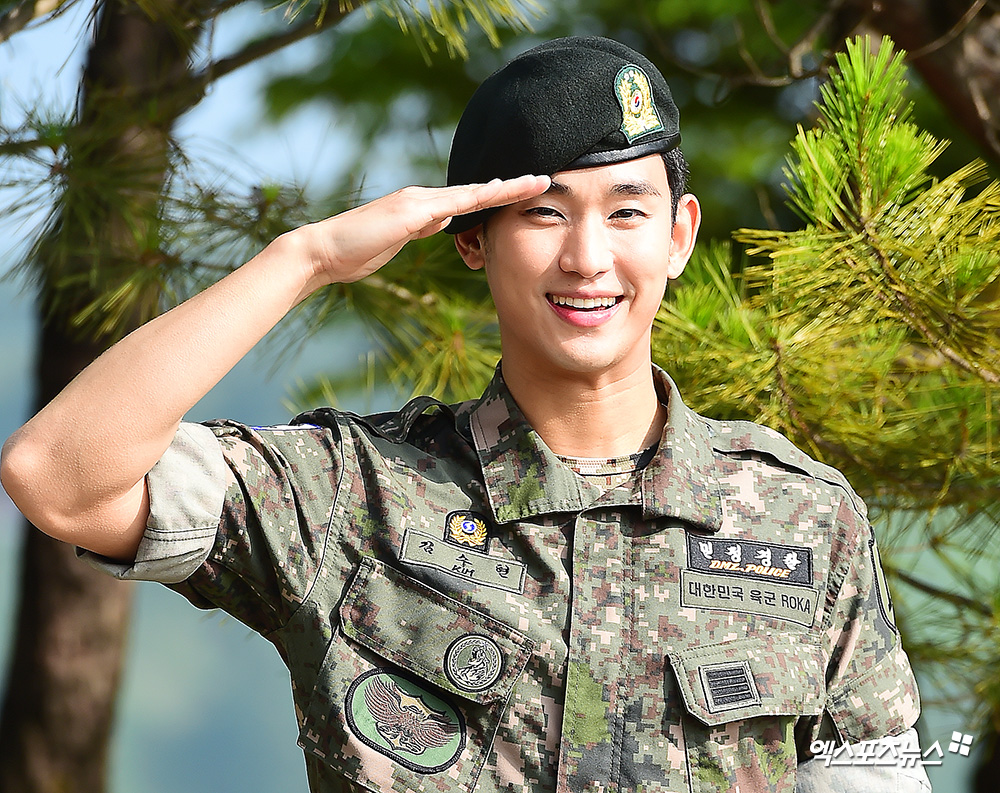 After completing his military service on July 1, the actor met fans and the media for a quick conference. Promising he will prepare to be in good shape for his comeback project which he eyes to happen early next year.

We need your support! If you have enjoyed our work, consider to support us with a one-time or recurring donation from as low as $5 to keep our site going! Donate securely below via Stripe, Paypal, Apple Pay or Google Wallet.
FacebookTwitter
SubscribeGoogleWhatsappPinterestDiggRedditStumbleuponVkWeiboPocketTumblrMailMeneameOdnoklassniki
Related ItemsHotel Del LunaIUKim Soo HyunYeo Jin Goo
← Previous Story Jung Ji Hoon Thanks Fan Club For Sending Coffee Truck Gift
Next Story → Kang Daniel Returns On Twitter With New Account In Preparation For Solo Debut