Gestures can be dangerous. 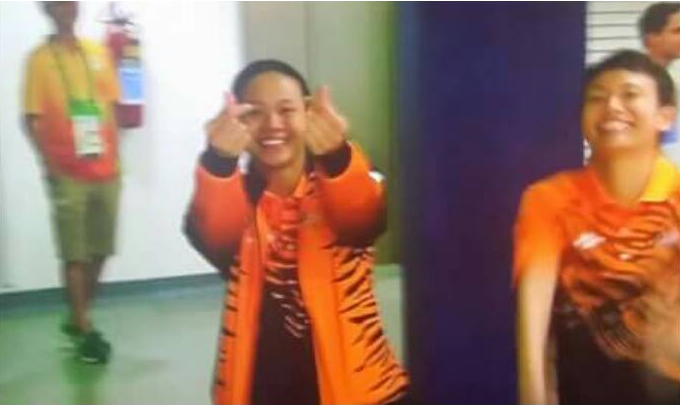 After taking the title, Pandelela was captured on camera showing the finger heart gesture, but it was misinterpreted by netizens, assuming that the athlete is a money-minded person.

The finger heart gesture is known to be popularized by Korean celebrities. However, this simple, harmless gesture somehow resembles to the gesture for money as well, especially to people who do not know about it.

Before the misunderstanding escalated further, netizens, who are familiar with the finger gesture, voiced out to explain that it is not the ‘money’ gesture. Instead, the finger heart gesture represents love, with the thumb crossing the index finger to form a shape of heart.

Back in 2012, the Wall Street Journal reported that the Malaysian diver Pandelela is a big fan of Korean pop music and drama. Her favorite K-pop band is BIGBANG.