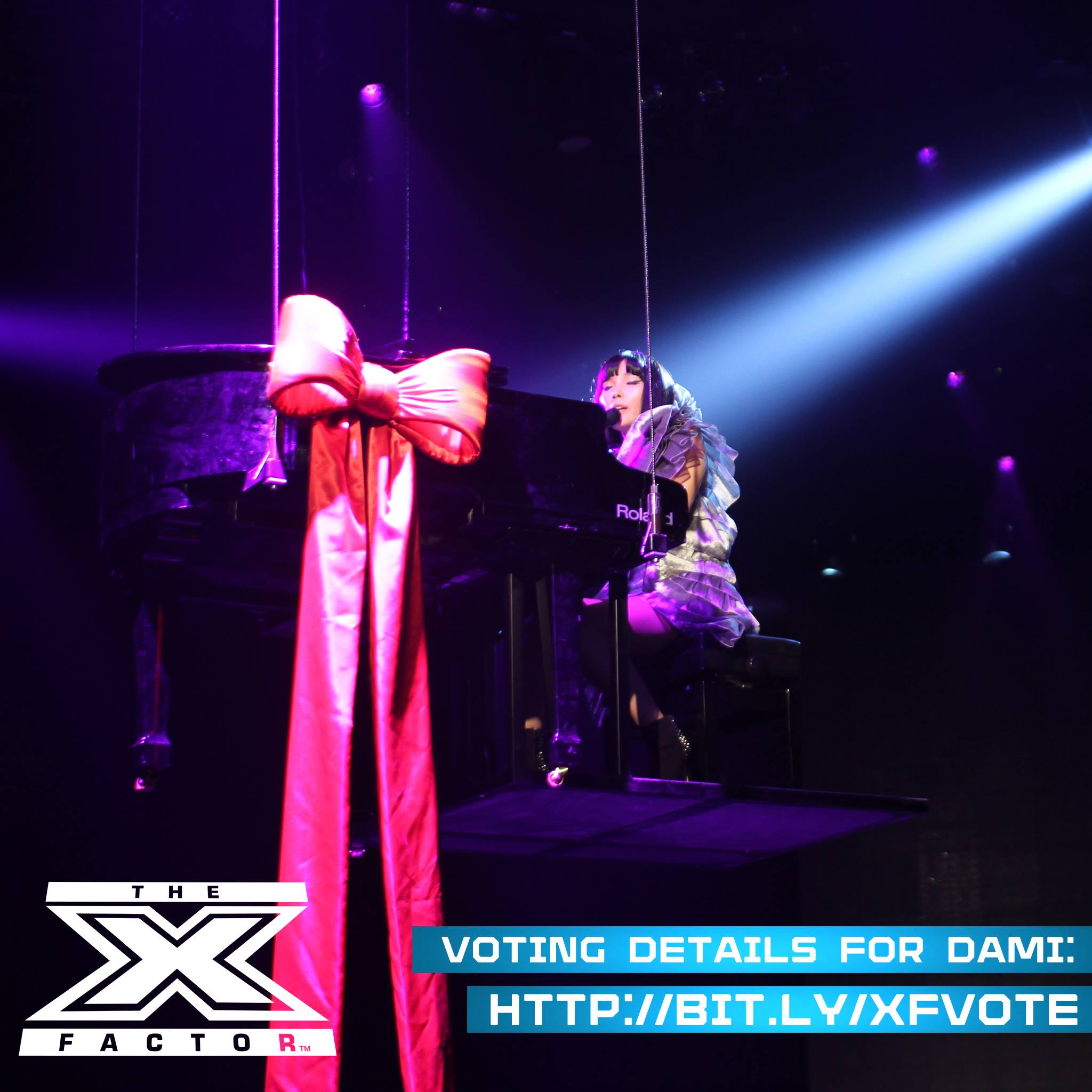 X-Factor contestant Dami Im has blown away judges and viewers in Australia tonight after she performed U2’s classic hit One.

Im, who is known for her shy persona, took a 360 degree turn to shock not only the judges but flip social media upside down.

‘Dami’ was not only a trending term in Australia but her highlight photo on the X-Factor’s official Facebook page had more than triple the ‘likes’ and ‘shares’ of other contestants from the show. U2’s One also sky rocketed back into the iTune’s chart at 72 after the show.

Her mentor, Dannii Minogue who helped put together One Direction on the UK’s X-Factor, labelled Im as her ‘secret weapon’ to win the show.

“I gave her a song that I thought everyone in the world knew but apparently not,” Minogue said.

Other judges raised concerns whether her mentor was taking a gamble by picking a song Im had never heard.

“That was amazing, where did you come from?” LMFAO’s Redfoo stuttered after taking a moment to digest the performance.

“She sang it like she wrote it.” He said.

Judge Nat Bass agreed and said it was the ‘best performance of the night’.

The Korean-born singer returned to the show after  another contestant withdrew from the competition. Im impressed both Dannii and Kylie Minogue in the top 24 round before being chosen to go to the live shows this week.

Hellokpop, as an independent Korean entertainment news website (without influence from any agency or corporation), we need your support! If you have enjoyed our work, consider to support us with a one-time or recurring donation from as low as US$5 to keep our site going! Donate securely below via Stripe, Paypal, Apple Pay or Google Wallet.
FacebookTwitter
SubscribeGoogleWhatsappPinterestDiggRedditStumbleuponVkWeiboPocketTumblrMailMeneameOdnoklassniki
Related Itemsdami imxfactor
← Previous Story CNBLUE releases ‘Feel Good’ MV for Samsung Galaxy
Next Story → England’s Little Mix releases Korean version of ‘Wings’