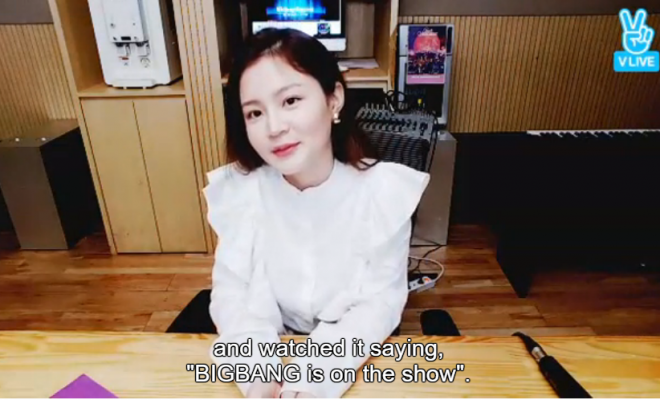 It’s a different kind of vibes!

On August 30, Lee Hi aired her 8th episode of ‘HI TV’ on V App. She interacted with fans, recommended a song playlist and sang for viewers.

Lee Hi revealed she had received many requests from fans to sing BIGBANG‘s song. She said, “In fact, I really like this song. When I was in the audition for K-Pop Star, the song was really popular. When Inkigayo was on, I watched it saying ‘ BIGBANG is on the show’.”

To also celebrate BIGBANG’s 10th debut anniversary, she covered one of their songs, Blue, for her viewers.

Watch her cover below, and to rewatch the live stream, click here.