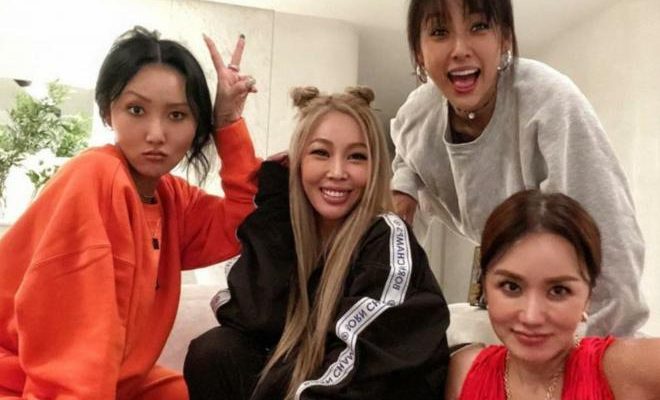 Lee Hyori and her husband show off their cute couple dance with the “Dingga” challenge as they support MAMAMOO!

On October 22, MAMAMOO shared on its official account the charming video of Lee Hyori and her husband Lee Sang Soon doing the “Dingga” challenge.

The Nation’s Fairy and epitome of charisma looks endearingly fun as she shows love for his co-Refund Sisters member Hwasa.

Cheerfully dancing with her adorable pigtails, Lee Hyori shows what fun really means. Relatively, the short yet impactful video of the married couple was also posted on TikTok.

Meanwhile, MAMAMOO’s latest pre-release track “Dingga” was dropped on October 20 accompanied by a striking and retro-inspired music video. The song was a feel-good bop which marks the start of what’s to come on MAMAMOO’s 10th mini-album “TRAVEL”.

Additionally, Hwasa took part in the song’s composition and Moonbyul participated in writing the lyrics.

Currently, Hwasa is a member of the “Refund Sisters” under the stage name “Silbi”. The group which was formed through MBC’s “Hangout with Yoo” debuted on October 10 with “Don’t Touch Me”.