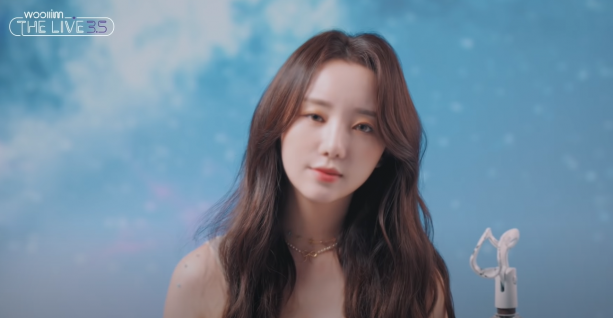 Lovelyz’s Kei put a start to the new Woollim The Live season 3.5 with her dreamy cover.

Woollim The Live 3.5 kicked off with its very first live video content on April 14. The clip featured Lovelyz’s talented vocalist Kei, who delivered her own version of Taeyeon’s “Time Lapse”.

The released video captured attention with its dreamy atmosphere and Kei’s beautiful voice. The idol showcased her unique soft sensibility, delivering an explosion of emotions when the song reached its climax. In particular, Kei’s clear and steady vocal skills perfectly captured the eyes and ears of viewers, leading to positive reviews.

The artist revealed her reason for choosing this particular music number by saying, “I really like the lyrics and the melody of this song. When I think about the lyrics, I am reminded of our Lovelinus. That is why I sang with the wish of seeing Lovelinus.”

Woollim The Live 3.5 is a high-quality live content presented by artists from Woollim Entertainment. New videos are released every Wednesday and Saturday at 8 PM KST and they present various stages that have not been seen before.

To further stimulate the curiosity of fans, Woollim will release weekly artist hints every Monday. In addition, a day before the live video contents come out, the company will also share teaser previews of the performances.

Meanwhile, Kei is busy with her solo activities outside of Lovelyz. She is currently preparing for her musical Midnight Sun which is going to premiere this May.