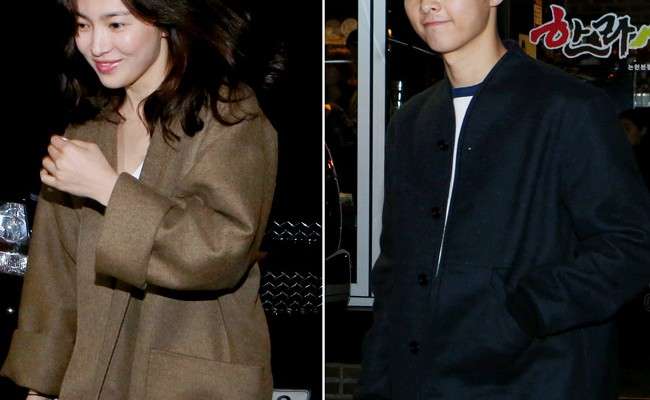 On April 5, actors Song Joong-ki and Song Hye Kyo, landed in Hong Kong to promote their latest drama hit ‘Descendants of the Sun’. The country is chosen to be their first overseas promotional destination for the drama, since it started to air concurrently in China and South Korea from February 24.

Read: What Everyone Needs To Watch ‘Descendants Of The Sun’

Prior a day before the drama premieres through Hong Kong’s Viu TV on April 6, the two stars attended a press event to promote the show.

After the event which was broadcast through Viu TV’s official Facebook page, Chinese netizens started to circulate an animated image. It was captured right after Song Hye Kyo gave her speech, when Song Joong Ki raised his fist to do a fist bump with his co-actor. Song Hye Kyo showed some sign of embarrassment, but nevertheless bumped her fist with him. What went after was a priceless, tasteful smile of Song Joong Ki that mesmerized fans.