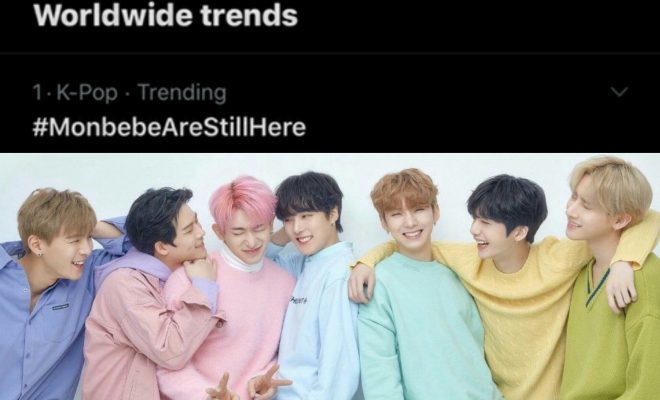 Monbebes will always be by MONSTA X’s side – and that message has been delivered loud and clear once again.

Monbebes had taken over the number one trending spot worldwide at midnight of January 28 as they reached the eve of their 90th day for the fight to keep MONSTA X as seven. 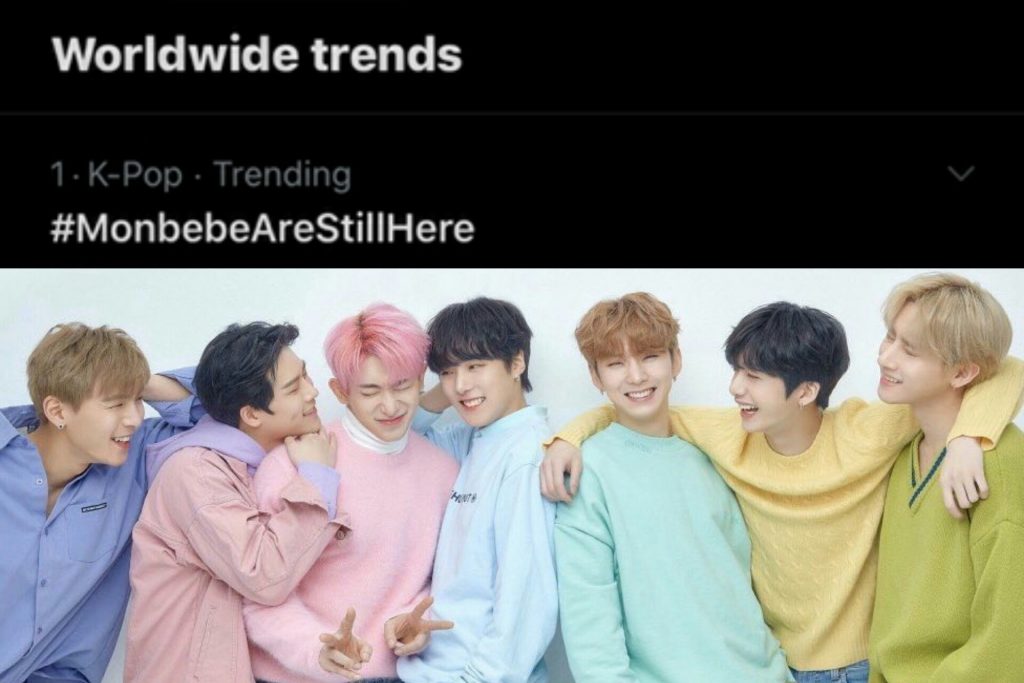 The long fight is still far from reaching its last page as Monbebes continue to stand firmly with MONSTA X and demand justice for Wonho who fell victim to defamation with malicious allegations. Thereby, prompting him to announce his departure from the group earlier in October 2019.

Reaching the 89th-day mark of their fight which had a long-standing hashtag protest as its frontline, Monbebes made sure to be louder at midnight of January 28 in proving to everyone – MONSTA X, MONSTA X’s agency, the people who tried to drag them down, and the rest of the world – that they are still here, with their spirits and voices not dying down despite the long period.

Showing a determined war cry, fans trended #MonbebeAreStillHere – an ode to the group’s previous albums Are You There? and We Are Here. Besides emphasizing their continuing fight, the hashtag also aimed to show MONSTA X that their true fans will continue to stand up for them and never leave their side.

The special 89th-day hashtag protest came to fruition as #MonbebeAreStillHere secured the number one spot on the worldwide trending list shortly after it was launched at midnight KST – and it continued to dominate the list for hours.

Placing a new hashtag in the list of those which achieved the number one spot since the streak ended in November 2019, #MonbebeAreStillHere was able to collect over 300,000 tweets during its run.

Remember, all of Monsta X needs our support, not just 1, 2 or 3 but all 7 members. Please keep assuring them that you love them and won't go anywhere. ALWAYS BE LOUDER LOVING THEM!!#MonbebeAreStillHere#몬베베는_아직_여기있다@OfficialMonstaX
pic.twitter.com/3rndo2Enpy

wont ever get tired of showing my boys that i am still here. i want them to know how much i love them and that i am willing to support them till whenever. they deserve the best and i really hope everything will be better soon. #MonbebeAreStillHere #몬베베는_아직_여기있다 pic.twitter.com/0EmOI4XzA5

I won’t ever leave.
I decided to stand against injustice, false accusations ending years of hard work and training.
I am here for what is right.
I am here for a better mankind!
I am here for you. #MonbebeAreStillHere#몬베베는_아직_여기있다 @OfficialMonstaX @STARSHIPent pic.twitter.com/WOCRT2tddq

Manifestation time because why notー got nothing to lose right?

Let’s show the world that we are still fighting