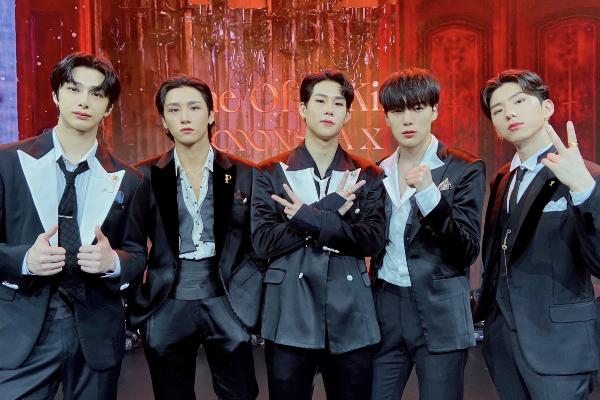 MONSTA X wraps up its magnificent comeback show with the new song “GAMBLER”!

It was a fun-filled night with the awesome young men of MONSTA X as they greeted global MONBEBEs through the comeback show with Naver NOW’s #OUTNOW.

Celebrating the release of its 9th mini album One Of A Kind on June 1, MONSTA X shared wonderful stories and TMIs. Particularly, the title track’s composer Joohoney revealed the story of how he came up with “GAMBLER.”

With joyful pride, the main rapper said MONSTA X has “a unique color so I wonder if there is any group that can pull of this song better than us.”

Expressing their excitement, the powerhouse group also mentioned this week’s Naver NOW is MONSTA X’s week. As they generously released colorful behind-the-scene stories with the album’s creation, the members also praised each other’s visuals as they scanned through their album.

Known for having a tight unity, the young men also showed off their strong teamwork. Relatively, they communicated with global fans in real-time as well as with Shownu, who is currently on hiatus due to his health condition.

Further, Kihyun performed a glimpse of the song “Addicted” in tune with Joohoney’s beatboxing. Also, MONSTA X released the live stage for the fan song “BEBE”, which was written and composed by Hyungwon. Wrapping up the comeback show, the group also revealed a full-forced performance for the title track “GAMBLER.”

Meanwhile, MONSTA X will continue its album promotions for One Of A Kind alongside the title track “GAMBLER” on various music programs and variety shows. With lots of contents awaiting the global MONBEBEs, the all-rounder group is proving that there is nothing they cannot do.