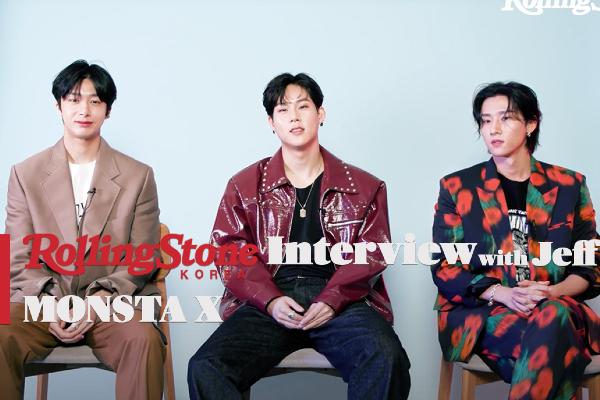 As one of the world’s trending boy groups, the three members of MONSTA X share stories throughout their wonderful and fruitful musical career. Hyungwon, Joohoney, and I.M were responsible for the groundbreaking tracks in MONSTA X’s 9th mini-album One Of A Kind.

Recently, a video interview was released on Rolling Stone Korea‘s official YouTube channel with K-pop journalist Jeff Benjamin. When asked about the difference between the previous releases and the 9th mini-album One Of A Kind, the master behind the title track “GAMBLER” explained “I think the biggest difference is that I know the characteristics and personalities of the members and which parts should come out. With this, I think that it had a huge impact on the album.”

Joohoney added, “As a member of MONSTA X, we have to show off our energy along with our messages to the general public and have them inspired with our lyrics. And, I have thought a lot about how we can show our energy to many people.”

Further, MONSTA X has also revealed their future plans. The face genius Hyungwon said that he was doing his best to continue writing songs. “As I also do DJ-ing, I hope I can perform after the COVID-19 pandemic is over.”

On the other hand, Joohoney confidently expressed that he is always ready to present his masterpieces as he constantly makes compositions. Aside from revealing behind-the-scene stories when they worked on the songs in the album, the members also told updates about their personal schedules. They also conveyed their heartwarming messages to fans, especially now that they have difficulties meeting each other often.

They also confessed their gratefulness to be a part of Rolling Stone Korea. “I remembered seeing a copy of the Rolling Stone magazine, and we’re so happy now that we’ve become a part of it.”

Meanwhile, after successfully completing its two-week of promotions for “GAMBLER,” MONSTA X will continue meeting global fans through various content with Mon Channel.