Monbebes and CRAVITY fans are delighted with MONSTA X’s Joohoney and CRAVITY’s sweet and winsome interaction!

On April 16, Joohoney of MONSTA X made his surprise visit at CRAVITY’s hot debut stage on Mnet’s M Countdown. He encourages the members as they climb up the stage trembling with excitement and tension.

Additionally, he showed his care and support for the group by cheering and giving warm encouragement. The MONSTA X member also provided detailed coaching on stage which made both fandom admire them more.

On April 17, Starship Entertainment uploaded a photo of rookie group CRAVITY with their fellow label mate and hyung Joohoney of MONSTA X on their official social media channel.

It showed off their warm senior-junior chemistry and drew the attention of fans as well as the whole K-pop community. Their sweet and fond interaction make fans tremble with joy.

In the photos released, Joohoney appears in his casual attire whereas CRAVITY wear the “JUMPER” stage costumes and their bright smiles while holding a friendly V-sign.

Earlier, Joohoney presented a wonderful debut gift to CRAVITY by composing the b-side track of their album HIDEOUT: REMEMBER WHO WE ARE, entitled “JUMPER”. During CRAVITY’s live debut showcase on April 14, the members expressed their gratitude and how they were deeply moved by Joohoney’s full support and care for the group. 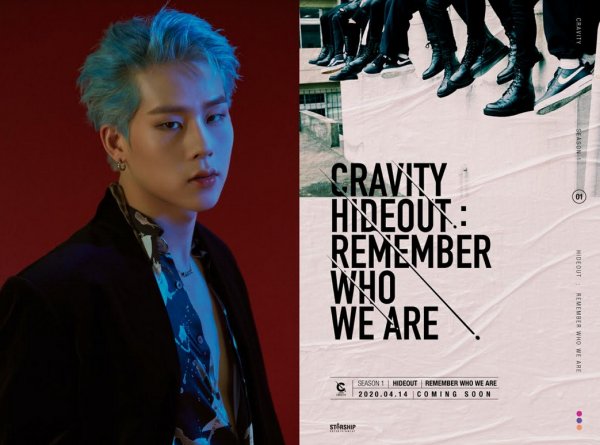 The well-rounded and talented member of MONSTA X has enormously grown into a global artist and has shown outstanding performances in many ways – including rap-making, self-composed songs, and mix tape presentations.

Meanwhile, MONSTA X is reportedly gearing up for their comeback mini-album FANTASIA X on May 11.

On April 16, CRAVITY makes their powerful debut stage on Mnet’s M Countdown and performed two of their energetic tracks – “Break all the Rules” and “JUMPER”.