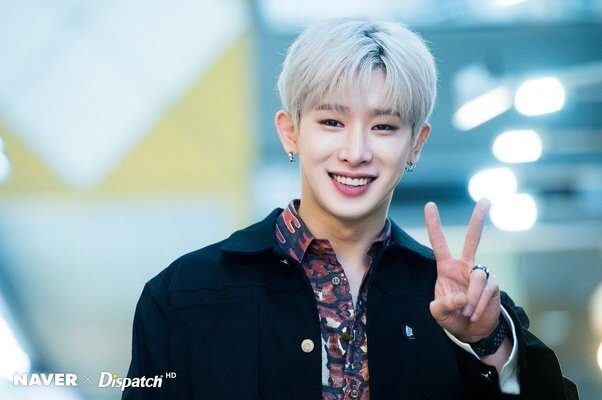 MONSTA X’s Wonho is a pure baby underneath all those muscles – and no one can change our minds.

MONSTA X’s Wonho had the most precious reaction to finding out that their recent interviewer’s boyfriend is actually a fan of his! 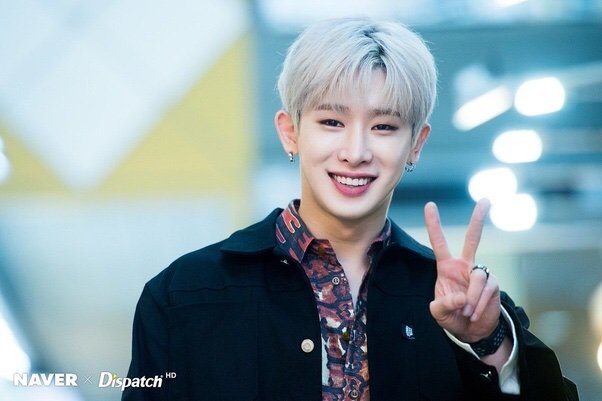 On August 26 KST, German YouTuber Farina Jo unveiled her exclusive interview with the boy group on her channel where they talked about various interesting things.

This includes what the members would be doing if they weren’t a part of MONSTA X, what their dream roles in a movie would be, and what they do during their day-off.

The septet also answered to the question “if you could be fluent in any other language besides Korean, which would it be and why?” which had the boys saying a couple of phrases in German, French, and Spanish.

After their interview, Farina reached out to Wonho and nicely asked him if he could sign a phone case for a very special reason. This being her Korean boyfriend apparently being a huge fan of the MONSTA X vocalist!

Wonho looked extremely shocked upon hearing Farina’s revelation, and even asked “me?” while pointing to himself in the purest way possible.

The way he looked so happy upon hearing so, and even clapping his hands softly after, made a lot of Monbebes’ hearts melt.

“Since my boyfriend Dongin is a huge fan of Wonho, I asked him to sign a phone case for him and look at what he did. This is so cute, and the reaction was so funny. Wonho was so surprised…” the German YouTuber also shared about the idol’s sweet and humble reaction.

Farina’s boyfriend Dongin proudly posted the photo of the signed phone case on his Instagram as well thereafter, and he even called it the “best anniversary gift ever”.

READ: TWOTUCKGOM Proves MONSTA X’s Wonho Is The Epitome Of Cuteness As He Plays With Puppies In Teaser Video For Upcoming Web Show

Hellokpop, as an independent Korean entertainment news website (without influence from any agency or corporation), we need your support! If you have enjoyed our work, consider to support us with a one-time or recurring donation from as low as US$5 to keep our site going! Donate securely below via Stripe, Paypal, Apple Pay or Google Wallet.
116
SHARES
FacebookTwitter
SubscribeGoogleWhatsappPinterestDiggRedditStumbleuponVkWeiboPocketTumblrMailMeneameOdnoklassniki
Related Itemsmonsta xwonho
← Previous Story Dreamcatcher Beckons Fans In Europe For “Invitation From Nightmare City” Tour
Next Story → 4 Fascinating Stories From NU’EST That Make Them A Hundred Times Admirable