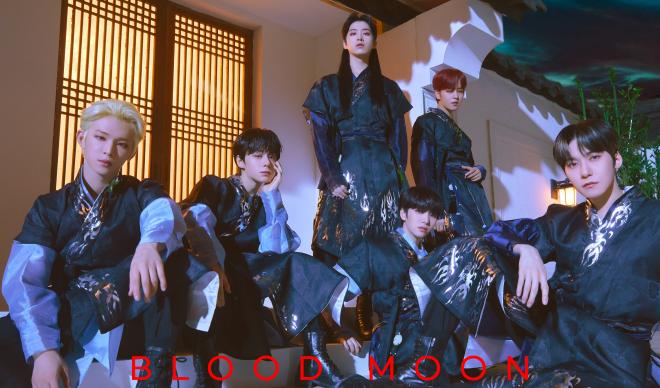 Boy group ONEUS has returned with its sixth mini-album BLOOD MOON on November 9, delivering a new set of compelling songs. Specifically, the title song “LUNA” has been gaining attention for its unique sound and achieving more than 10 million views within two days of its release.

“LUNA” surpassed ONEUS’ previous record held by “BLACK MIRROR”, which passed the 10 million view counts in three days of its release. This proved the strong global influence of the group as it continues to release magnificent music.

“LUNA” is a traditional Korean music-based song that boasts a deep oriental color with the combination of oriental instruments and flute. It expresses the beauty of Korea by adding Korean lyrics in the form of creative poetry.

Oriental elements appear throughout the video, creating a traditional and splendid atmosphere. The group dance adds to the completion of the song’s charm, especially with the beautiful palace as the backdrop. Member Hwanwoong even participated in creating the choreography, adding the unique charm of the group.

Since its comeback, ONEUS has been recording remarkable achievements in album sales and music video views. The artists sold more than 130,000 copies within three days of the release, surpassing the initial sales record of its predecessor.