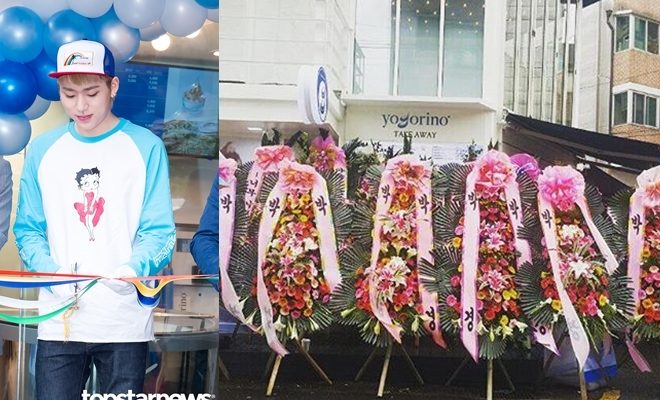 Zico and his father recently opened an Italian brand ice cream cafe called Yogorino at Hongdae. The Block B member also posted a photo of the cafe through his Instagram account on July 15, a day before the official opening of the ice cream shop. 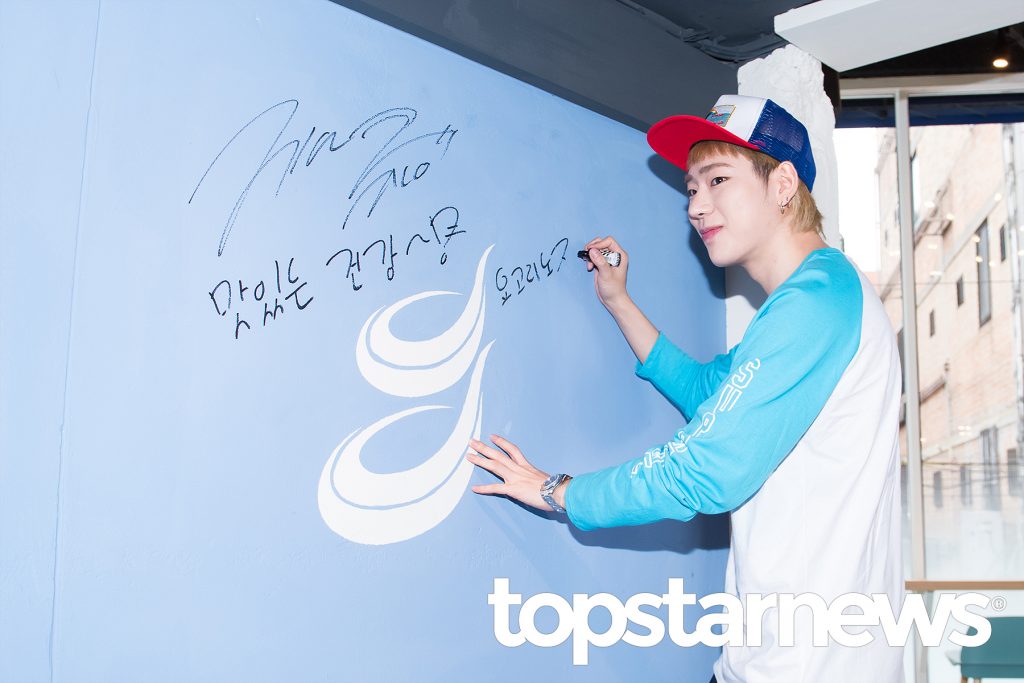 Many of his artists friends, including his group mates, Epik High, DEAN, CNBLUE’s Jonghyun, Winner’s Mino and Sengyoon, actor Choi Tae Joon, Kush, Swings, and producer Pop Time have send their congratulatory gestures by sending flower wreaths to the store. Zico posted the photo of the flower wreaths on Instagram account, but the one which fellow groupmate Park Kyung sent was nowhere to be seen.

Park Kyung replied to the post, and asked Zico if the latter saw those he had sent. Following that, Zico posted Park Kyung’s flower wreaths. In the photo, he did not send only one. In total, he sent a total of seven congratulatory flower wreaths to congratulate Zico for the opening of the business.