After the release of EXO’s winter album Sing For You, producer DEAN revealed a photo of him with Chanyeol.

DEAN may be new to the Korean music industry, but he is a recording artist and singer-songwriter who signed with Universal Music Group and Joombas Music Group respectively. He also already released a multiple of tracks, featuring Eric Bellinger, Dok2 and Zico.

This is not the first time that Dean and EXO have worked together. Previously, DEAN produced the track Black Pearl off EXO’s first full album XOXO Kiss edition. He recently worked on the track Unfair of the group’s newly released album.

DEAN shared a photo of him posing coolly with Chanyeol and two other songwriters and producers on his Instagram, and tagged Baekhyun in the caption as well. 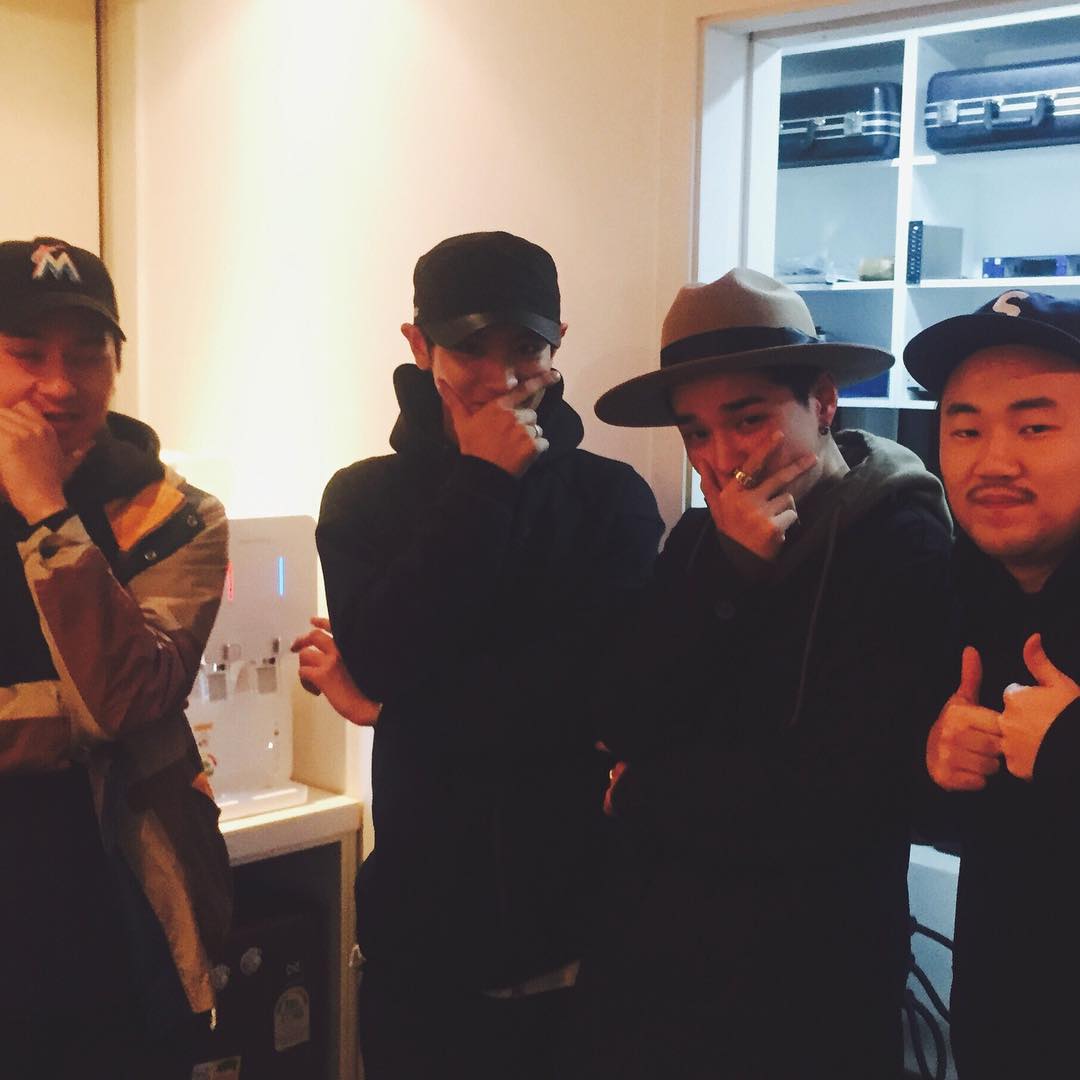 Have you listened to EXO’s latest album yet? Which track is your favorite?

Hellokpop, as an independent K-pop news site (without influence from any agency or corporation), we need your support! If you have enjoyed our work, consider to support us with a one-time or recurring donation from as low as US$5 to keep our site going! Donate securely below via Stripe, Paypal, Apple Pay or Google Wallet.
45
SHARES
FacebookTwitter
SubscribeGoogleWhatsappPinterestDiggRedditStumbleuponVkWeiboPocketTumblrMailMeneameOdnoklassniki
Related ItemsalbumBaekhyunBlack PearlChanyeoldeanDok2Eric BellingerEXOInstagramSing For YouUnfairXOXO Kiss editionZico
← Previous Story Day6’s Jae Jams Out To Zico’s ‘Eureka’
Next Story → BIGBANG Hits Milestone On Facebook + Gets In Year End Review