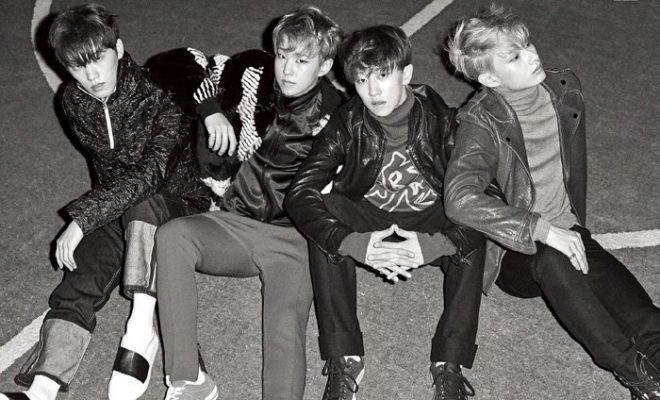 SEVENTEEN is already serving jaw-dropping and applause-worthy performances since their debut in 2015. However, it does not stop the idol group from seeking improvement.

The thirteen-member group seems to be taking their performance art a step higher during their stay in Los Angeles. Renowned choreographer Bobby Darnell Dacones uploaded a video of a class session in his Instagram account, with Hoshi, Dino and The8 on April 25.

Although the choreographer was a bit clueless of who his students were, he did not hide his satisfaction towards the group. “I heard these fellas are called SEVENTEEN,” he wrote. “Does anyone know who these fellas are? They are a K-Pop boy band,” he introduced to his followers.

He went on to praise the boys. According to him, they were “super clean” and “super fresh”.

In the video, the three members of SEVENTEEN were dancing to the tune of Chris Brown‘s Privacy, with choreography by Dacones. Dressed in casual clothes, the idols delivered nothing short of smooth and captivating performance.

Based on the choreographer’s posts, the boys took the lessons at Millennium Dance Complex Los Angeles. The studio is known worldwide and boasts of A-list clientele and faculty.

Dacones, for one, is a renowned choreographer and dancer. He has worked with Justin Timberlake, Miley Cyrus, Ariana Grande, Missy Elliot, among others.