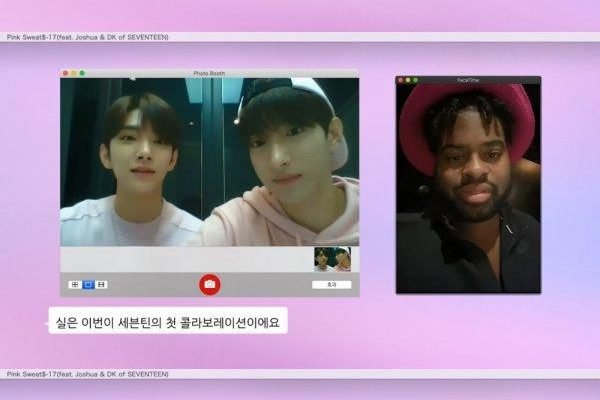 Appearing for the first time together, Warner Music Korea has released the full interview video call between Pink Sweat$ and SEVENTEEN’s Joshua and DK. 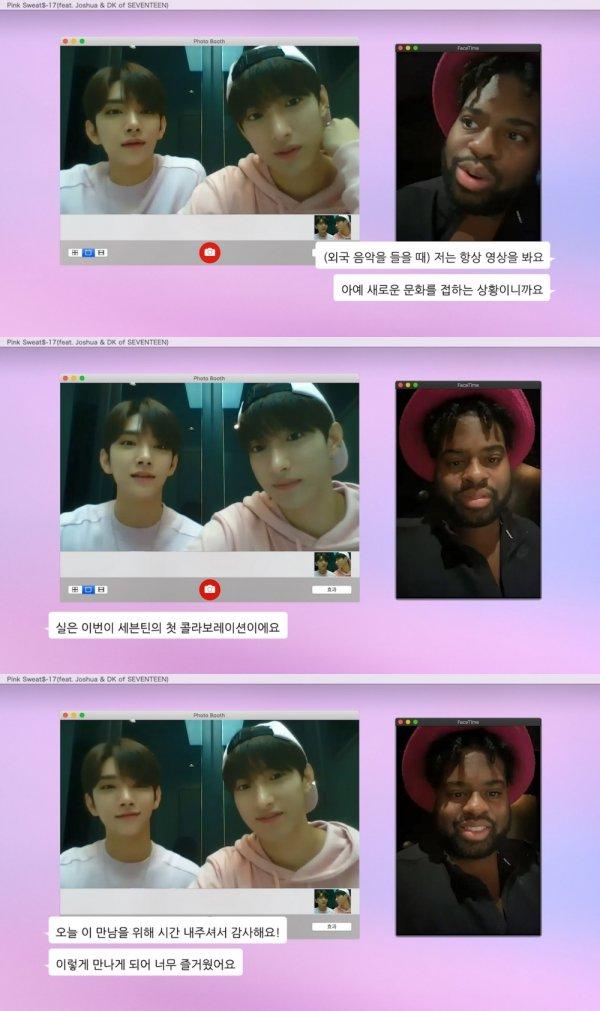 Prior to the release of the video call of both artists, SEVENTEEN revealed through an interview with Forbes that Pink Sweat$ is an ideal collaborator. They expressed, “We are glad to be able to work with him in releasing the track. We hope our song will be able to deliver a happy and bright energy to the listeners.”

Birth of the phenomenal collaboration song “17”

Kicking off the interview, the two members led a friendly atmosphere and further exchanged greetings with the American singer.

When asked about how he found out about SEVENTEEN and why he chose the group to participate in the remix, Pink Sweat$ revealed he heard about them through social media. He described it as a rabbit hole, wherein he sees a new thing that leads to another until it goes further. He also mentioned his fans who introduced various artists to him, including SEVENTEEN.

Furthermore, they showcased harmonious connection through sharing similar musical philosophies and gave each other a glimpse of their craft. Joshua and DK admitted, “This [“17″] is SEVENTEEN’s first collaboration with a foreign artist. It’s really such an honor for us. Thank you”. Pink Sweat$ then responded, “I am more grateful.” 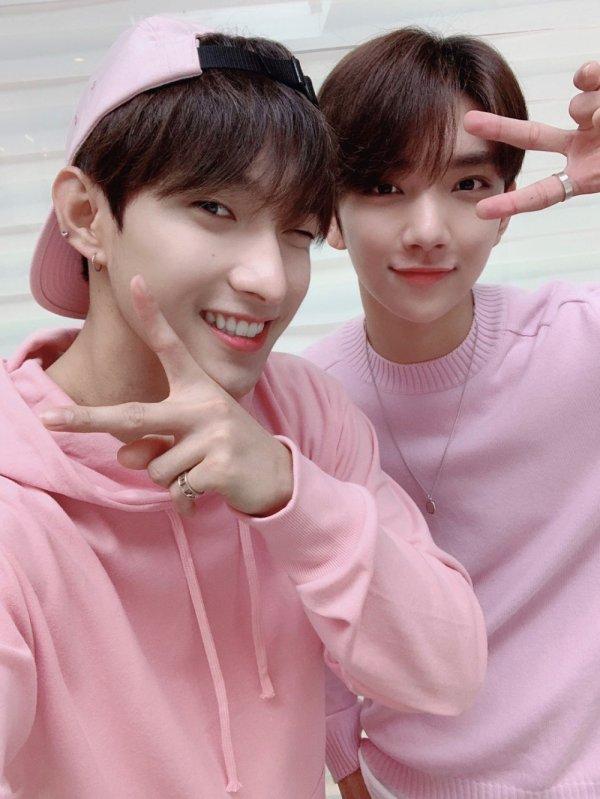 The remix version of “17” combines both Korean and original English lyrics. Gaining worldwide appreciation, “17” has dominated iTunes’ song charts in four countries, with a flurry of favorable reviews from listeners. Proving both artists’ global popularity, the song made into the Top 10 list of ten various regions.

Listen to Pink Sweat$’s 17 (ft. Joshua and DK of SEVENTEEN) here. Meanwhile, SEVENTEEN is gearing for a booming October comeback.

Watch their full interview video call together below: