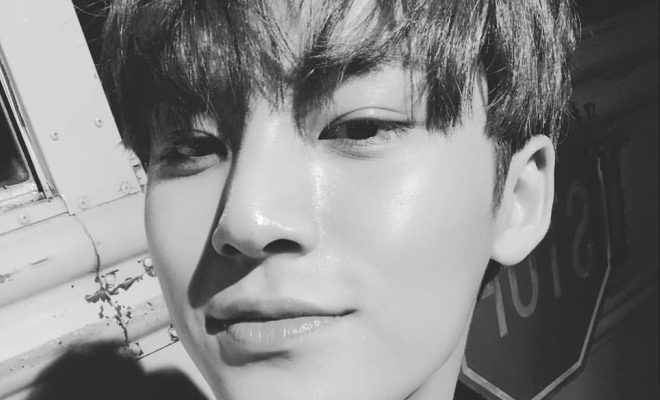 Are all SEVENTEEN members joining Instagram following The8 and Mingyu?

SEVENTEEN’s Mingyu has joined fellow member The8 in launching a personal Instagram account. The new Inkigayo MC is now on the photo-sharing application under the username min9yu_k.

He also posted a selfie along with the caption “me too, start.”

Currently, The8 and Mingyu only follow each other on the photo-sharing application.

A fan poked fan on The8’s comment, relating it to a previous incident between Jeonghan and Mingyu which they shared during an episode of One Fine Day in Japan.

In the episode, it was revealed that Mingyu had once asked Jeonghan to address him as “sunbae” during their trainee days as he joined the agency first.

On the one hand, fans have speculated that other members may also be opening a personal Instagram account soon. One Twitter user even deduced that The8 and Mingyu announced the launch of their accounts at their birthdays in Korean Standard Time.

Also, a “#coming_up_next” accompanied the notice on the launch of the two SEVENTEEN members’ Instagram.

I noticed something!! They announced about the official ig accounts at their birthdays in KST!!
Minghao's at 11:07AM KST
And now Mingyu's at 4:06PM KST

During the first hour since it was launched, fans raised an issue in following Mingyu’s Instagram. According to them, the photo-sharing application won’t let them follow min9yu_k.

Mingyu's IG is cursed coz we can't follow it

As of press time, the SEVENTEEN member has over 245,000 followers in less than six hours.