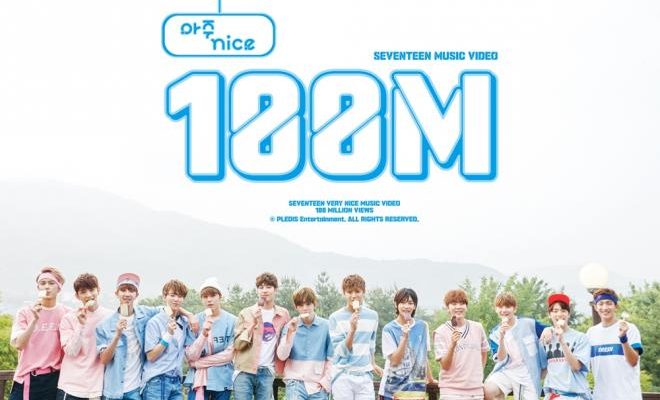 SEVENTEEN has achieved a new milestone on the YouTube platform with their hit music video for “VERY NICE.” 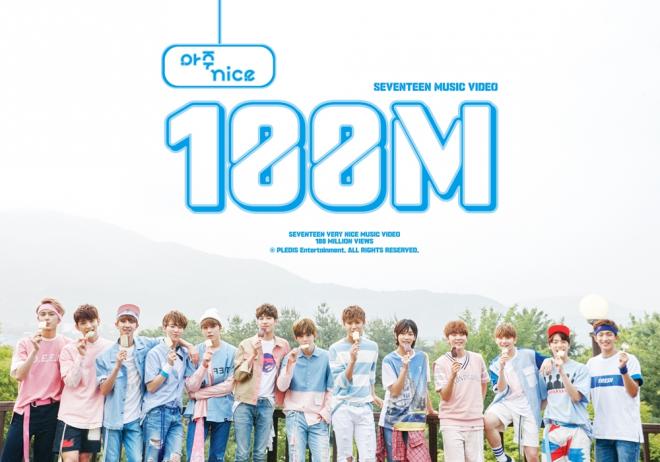 On February 5, SEVENTEEN’s “VERY NICE” music video has joined the 100-million mark on YouTube. S.Coups, Jeonghan, Joshua, Jun, Hoshi, Wonwoo, Woozi, The8, Mingyu, DK, Seungkwan, Vernon, and Dino released the track as the title song of their repackage album Love&Letter on July 4, 2016. They were able to obtain the record in around five years, seven months, and two days.

“VERY NICE” is a song that expresses the feelings towards the opposite sex. Its accompanying music video contains the group’s intense and sophisticated performance. With this track, SEVENTEEN was able to firmly establish itself as a refreshing icon, and was consistently loved by the public and global fans for its addictive chorus that sings endlessly.

Meanwhile, in related news, SEVENTEEN’s popular web entertainment program GOING SEVENTEEN will be coming back with a new season this year. It will premiere this Wednesday, February 9, at 9 PM via their official YouTube channel.