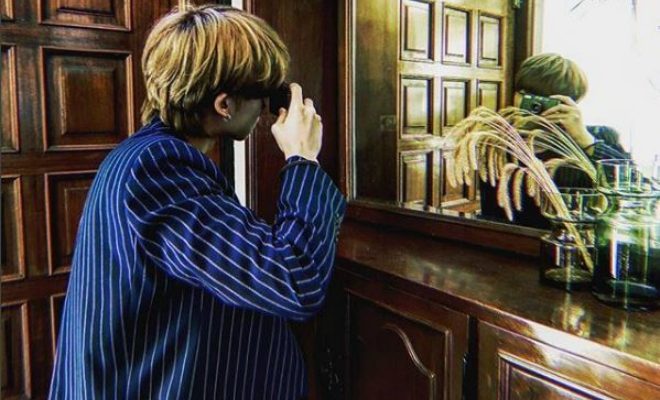 He also posted a photo to signal the start of xuminghao_o’s Instagram journey.

In the photo, The8 was capturing his reflection on the mirror, and captioned it “start” accompanied by camera emojis. His debut post was liked by more than 286,000 users, and commented for almost 50,000 times.

Fans were more than happy to welcome him on the photo-sharing application.

Only two hours after it went live, the Instagram account has garnered more than 162,000 followers. As of press time, it has over 365,000 followers.

Fans congratulated the SEVENTEEN member for achieving such a feat in matter of hours since the account was created.

“Legend,” one Twitter user wrote when the idol hit the 100,000 marked in less than hour.

They also expressed their joy in The8 having his personal Instagram account, especially now when entertainment agencies are getting stricter on their artists.

“I’m really happy and proud of you,” a Twitter user wrote.

nowadays agencies are quite strict for newer generation idols to run their own sns cos it's often the root of controversies, rumors and scandals. so i'm really happy and proud of you minghao!

Another user thanked Pledis Entertainment for allowing The8 to have his own platform to post his photography contents.

“You’re doing it right, Pledis. Thanks for supporting him,” the user wrote.

I think Pledis allows The8 to manage his own instagram cos he's going to be posting his art pieces and photography contents! You're doing it right Pledis thanks for supporting him!

The SEVENTEEN member has previously showcased his photography skills through the group’s special album, DIRECTOR’S CUT which was released on February 5 with title track “Thanks.”

The special album also marked The8’s return after a brief hiatus due to a back injury.