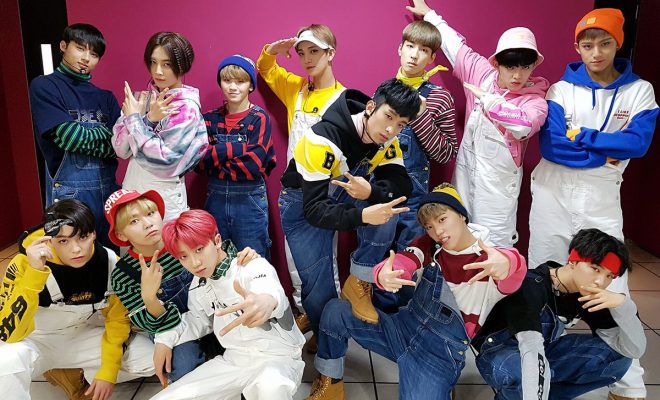 SEVENTEEN Are Happy And Wild In New Choreography Videos

Surprise must be SEVENTEEN’s middle name.

S.Coups, Mingyu, Vernon, Wonwoo, Woozi, Jeonghan, Joshua, DK, Seungkwan, Hoshi, The8, Jun and Dino channeled their sweet charms with Happiness. The thirteen members were energetic and bright in their jumpers and sweaters.

Fans commented on the boys’ cuteness and hope for a “SUPER SEVENTEEN” collaboration. Aside from Happiness, the group previously impressed fans with their covers of Super Junior’s Sorry Sorry and U.

However, they did not stop with the sweet treat, as a darker and wilder SEVENTEEN took the screen with another choreography video.

The thirteen boys transformed into charismatic men with a performance of Wild Eyes. Armed with stools and decked in black ensembles, they showed off their synchronization and charisma in the video.

A fan even expressed her jealousy of the chair, while another commented on the good looks of all the members. Another fan expressed her admiration for member The8 who jumped up on the stool “without even blinking”, she wrote.