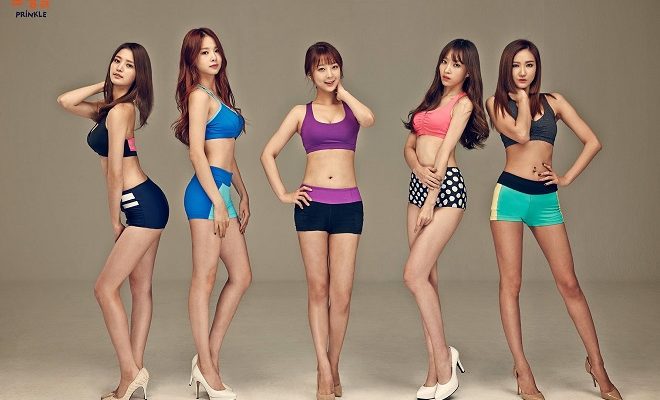 It is so rude to call that at EXID.

EXID was in Singapore for its Asia tour on July 15. On July 16, SMRT Feedback posted a vulgar tweet that said, “Who the f**k is #EXIDinSG? And why are people fawning over a bunch of act-cute lamp posts?” 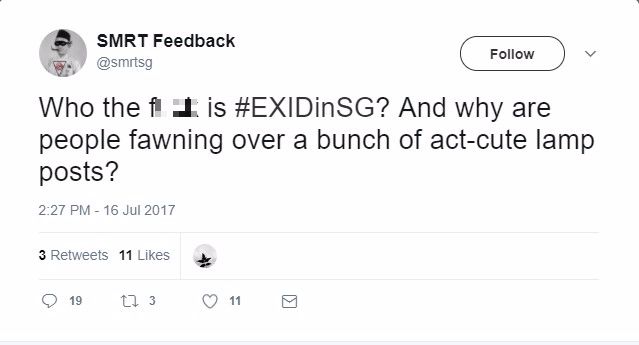 This resulted a flurry of strong responses from K-pop fans and neutral parties alike, who came to the aid of EXID.

SMRT Feedback continued its insulting remarks, this time at a K-pop fan, when she tried to hit back: 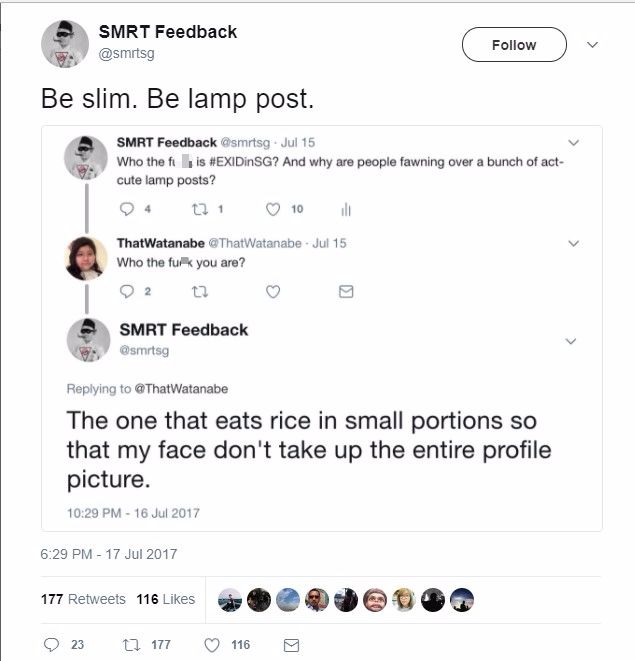 K-pop fans continued to respond to SMRT Feedback over the offensive tweets, with one threatening that “Kpop fans will beat him up”. One fan even offered a bounty of S$500.

However, SMRT Feedback remained adamant to the threats of K-pop fans, and continued to “make fun” with the S$500 bounty offer.

In the latest social media update on its Facebook page, SMRT Feedback remained unrepentant by ridiculing that K-pop fans need to “fill up their school’s excursion forms and get their parents’ signatures” before they can beat “them” up. 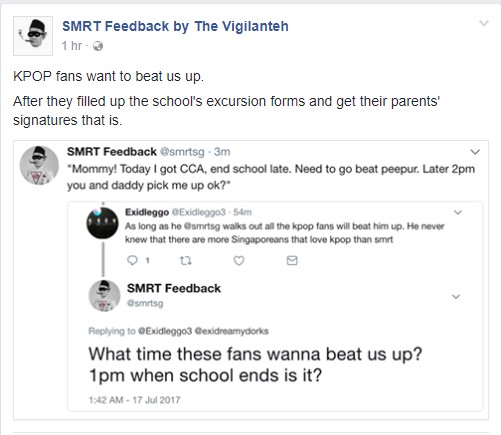 This is not the first time that SMRT Feedback gets itself into trouble for its satirical attacks over public figures. The most notable online attack was back in 2015, when SMRT Feedback engaged an internet war with Singaporean blogger Xiaxue, which resulted the latter in applying for police protection against the site.

Ironically, Xiaxue also insulted K-pop boy group MONSTA X in February 2017 by calling them “trannies”, sparking a massive K-pop fan war against the blogger before she apologized publicly through a tweet.

SMRT Feedback was started in November 2011 as the result for a social media space for commuters to air their complaints against Singapore public transport operator, SMRT Corporation, for persistent train breakdowns, which, unfortunately, still happens today.