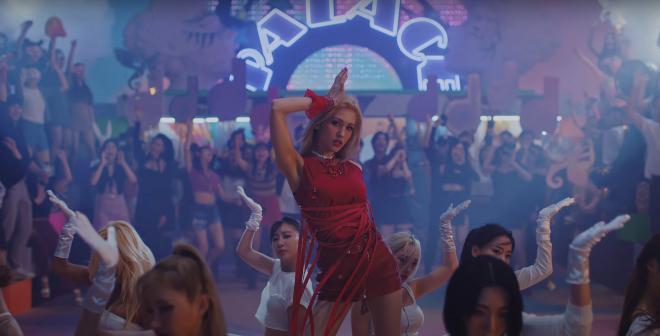 SOMI sets TikTok aflame with the “DUMB DUMB” challenge, illustrating her popularity as the dance trend goes viral on the app.

SOMI created a dance frenzy on TikTok with the “DUMB DUMB” challenge, launched in celebration of her latest comeback. The views for the #dumbdumbchallenge exceeded over 122.7 million. This milestone achievement demonstrates the title track’s global popularity as fans and artists alike participate in the dance event. 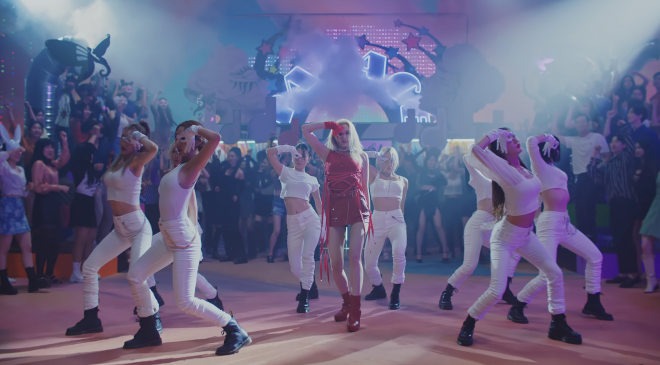 The challenge saw a sharp increase in views since its release, and exceeded 70 million views in only two weeks following its start.

Somi released various clips of herself with other artists and entertainers participating in the dance. Notably, her video with comedian Yoo Seyoon alone surpassed ten million views, illustrating the dance trend’s hot reception on TikTok from fans.

The “DUMB DUMB” challenge highlights the killing part of Somi’s newest choreography, commonly referred to as the ‘Batman Dance’. The K-Pop challenge invites global fans to participate and show off their own skills, while other artists such as Chungha, OH MY GIRL’s YooA, Kim Sejeong, (G)I-DLE’s Jeon Soyeon, and WJSN’s Yeonjung also partook in the trend.

As a result, Somi is catching attention from K-Pop fans domestically and overseas as an emerging star among current soloists. Furthermore, “DUMB DUMB” found soaring success on the Korean streaming platform, Melon. The track quickly rose from 100th to tenth in only two weeks upon release, proving the singer’s power through its charting success.

Meanwhile, fans can anticipate other activities from Somi as the success of her recent project continues.