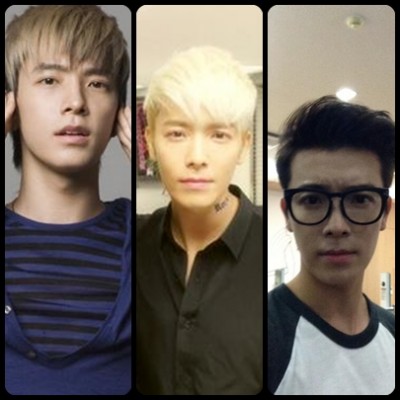 When Super Junior began their promotions for Super Show 5, the members changed their hair concepts to give a new and fresh look for the fans. Donghae, who last sported the short blonde hairstyle in Don’t Don, his new hairstyle left fans in shock and exhausted various reactions on social networking sites.

On April 11, via his Twitter, Donghae revealed his new hair color after filming. He even teased the fans to what he could be filming for. Although One Way’s Peter hinted that they have finished new songs for EunHae, there is no confirmation from SM Entertainment about the new project.

[TRANS] going home after recording ^^ What do you think we recorded ? 🙂

Well all i can say is we will be finalising the mix tomorrow so it’s all up to sm now on when they will release Eunhae’s new song.

Right now, fans can only patiently wait until further announcement or confirmation from either One Way or SM Entertainment. But do you like Donghae’s new hair or the blonde look?