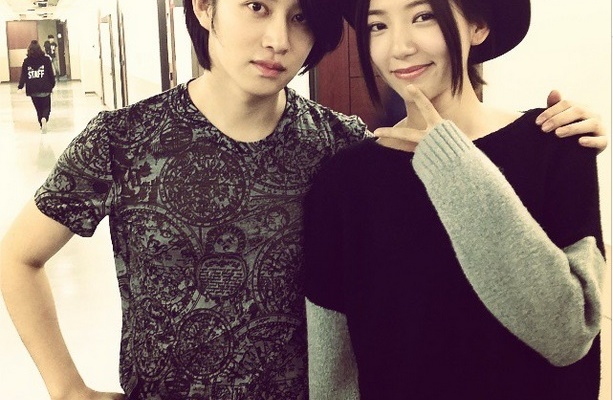 Heechul reunited with Dream Girls’ Guo Xue Fu in Taiwan, who was his virtual wife from reality TV show We Got Married.

Super Junior was in Taiwan for their third world concert tour Super Show 6 on the 29th and 30th November, held at Taipei Arena. Other than having fun with their lovely ELFs at the 2-day concert in Taiwan, Heechul has also reunited with his virtual wife of We Got Married, Guo Xue Fu from Taiwanese girl group Dream Girls.

Heechul first uploaded a photo of them at where was seen as the backstage in his Instagram with caption ‘#再会’ (means reunion), followed by another photo of them hanging out at NingXia night market.