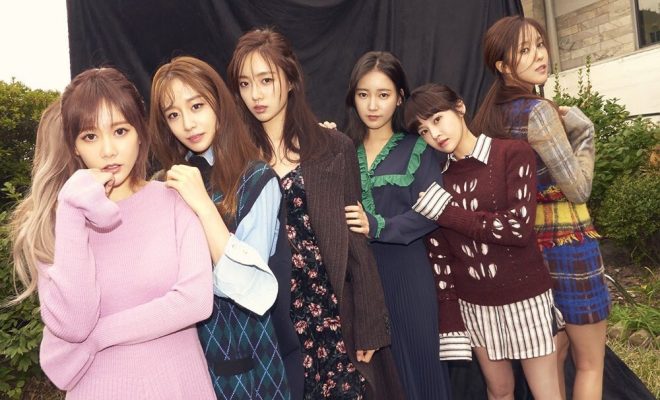 Fans of Korean girl group T-ara showed their love and dedication as they went on to earn the crown on American cable channel Fuse‘s ‘K-Pop Top 40 of 2016’. The girl group took the top spot as Fuse’s number one K-pop video of 2016 after over 58 million votes and six rounds.

T-ara went up against now-disbanded girl group 4Minute. TIAMO won the round, beating out 4Minute’s last music video Hate as a group. The second round saw MAMAMOO‘s Décalcomanie losing the battle against T-ara.

Shawols saw defeat in the third round of the polls against Queen, with SHINee‘s 1 of 1 music video losing to TIAMO. Despite the tight race between the collaboration of Suzy and EXO‘s Baekhyun, T-ara continued its winning streak in the fourth round.

The fifth round saw the battle of Armys and Queens. However, the Blood, Sweat & Tears of BTS failed to dethrone TIAMO or stop it from moving to the finals. T-Ara went up against CNBLUE‘s You’re So Fine in the finals, before finally taking its seat comfortably as the cable channel’s top K-pop music video of 2016.

BTS’s Blood, Sweat & Tears won third place in the survey, while CNBLUE’s You’re So Fine is a runner-up to TIAMO. Other artists included in the Top 40 are Jay Park, Gain, B1A4, BIGBANG, BLOCKB, INFINITE, GOT7, Zico, Crush & Dean, among others.

Hellokpop, as an independent Korean entertainment news website (without influence from any agency or corporation), we need your support! If you have enjoyed our work, consider to support us with a one-time or recurring donation from as low as US$5 to keep our site going! Donate securely below via Stripe, Paypal, Apple Pay or Google Wallet.
426
SHARES
FacebookTwitter
SubscribeGoogleWhatsappPinterestDiggRedditStumbleuponVkWeiboPocketTumblrMailMeneameOdnoklassniki
Related Items4MinuteAileeAPINKB1A4BaekhyunBAPBigbangBTSCNBLUECrushdeanEXOFuseGainGOT7INFINITEJay ParkMAMAMOOSHINeeSuzyT-araTIAMOVIXXYoon MiraeZico
← Previous Story BTOB’s Eunkwang Shows MONSTA X How Real Entertainment Is Done
Next Story → BIGBANG’s T.O.P Shares Pre-enlistment Updates; Internet Is Crying