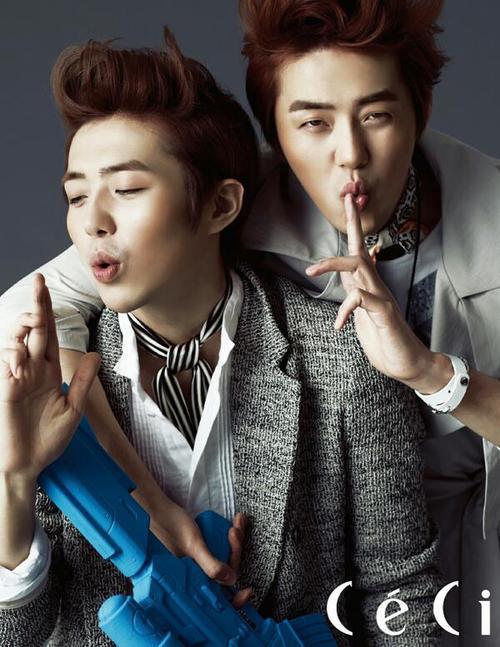 The duo twins, Tasty, will be featured in Ceci magazine April issue and they released a teaser photo on March 16.

On that day, Tasty’s official Twitter account retweeted a mention from the editor of entertainment and fashion in Ceci Magazine, Choi Sung Min, and she tweeted, “I’ve been waiting to show this pretty photo as soon as it comes out. See you around!” Along with the tweet, she attached the picture.

In the picture, the duo show their brotherhood by doing the same pose and by having the same dyed hair color. With the same appearance, fans hardly distinguished the twins.

Tasty will be featured on Ceci magazine along with Miss A’s Suzy and Super Junior’s Kangin.