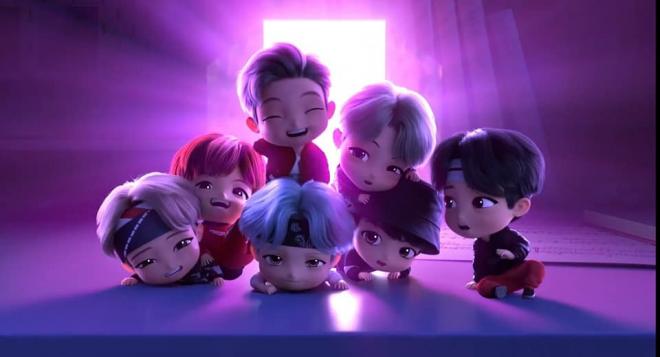 BTS’ TinyTAN may have tiny faces, tiny feet, and tiny smiles, but they encourage people to follow their big dreams.

Just a few days ago, Big Hit Entertainment released yet another video in the TinyTAN saga. Looking too adorable for their own good, the miniature version of BTS enchanted viewers as they gave us magical visuals to match the tune of “Zero O’ Clock”. If ARMY thought that BTS is the best boyband in the world, then they are about to be proven wrong by TinyTAN!

Keep Your Dream ON

As a subtle nod towards BTS’ debut song, “No More Dream”, and their hit single “On” from the album, Map of the Soul: 7, TinyTAN’s newest video was aptly titled “Dream On”. The video has already garnered over 15 million views on Youtube, a truly impressive feat for the BTS-inspired ensemble. 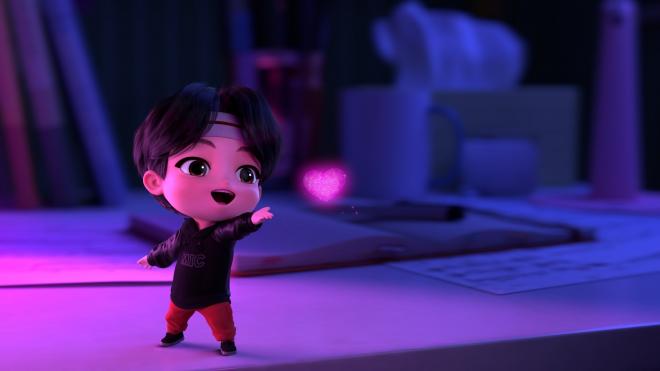 In the animation, we revisit the story of the girl who appeared in TinyTAN’s first video. Reminding viewers about her riveting backstory, she portrays a sad mood as she commutes back to her house and dejectedly lies on her bed. With tears escaping her eyes, TinyTAN makes a surprise appearance to comfort her, appearing through their iconic magic door. 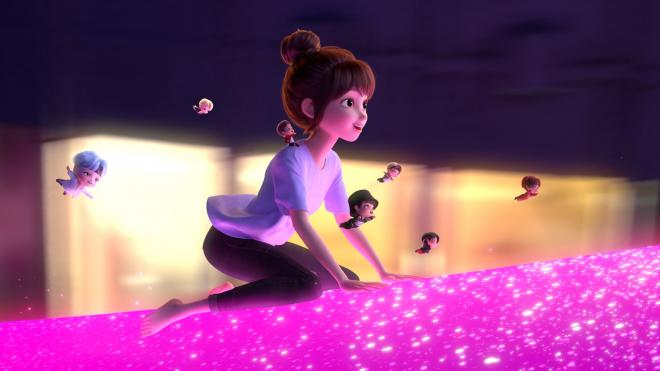 As fans most likely recall, the girl works at a bakery, but her ultimate dream is to be a famous pianist. In this episode, her adventure kicks off when TinyTAN unleashes their mystical powers.

Commencing with a magical flying kiss from TinyTAN Jin, the legendary whale comes to life. It takes the girl and the septet on a spectacular trip above the city skyline and eventually into the ethereal galaxy as well.

As if riding a flying whale across a starlit sky wasn’t enchanting enough, the little Bangtans simply outdid themselves when they went all fairy godmother by gifting the leading lady with a gorgeous purple gown and a floating grand piano.

The video capped off with the girl playing a song on the piano, as TinyTAN watched her intently. Panning back to her bedroom, viewers see her fast asleep with a smile on her face, while the adorable seven-piece band quietly exit through the magic door. 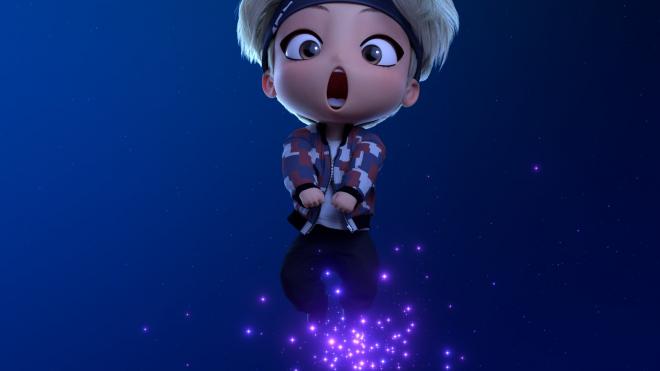 If you’ve already seen the video, we can already guess that you cried when you saw little Jungkook and V burst into tears at the conclusion of the clip. We know this because we also bawled our eyes out during that part (sob).

The stirring video might as well have been the official “Zero O’ Clock” MV, as it truly exemplified a happier tomorrow.  The little adventures of TinyTAN are endearing reminders to be happy, to believe in magic, and to keep your dream on.

They may be called TinyTAN, but they certainly encourage people to follow their big dreams.