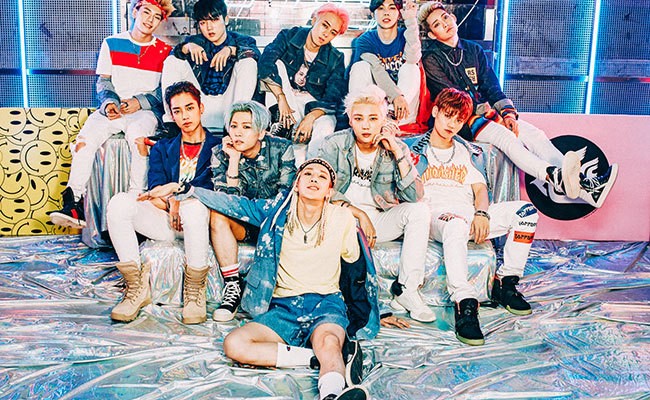 Prior to Topp Dogg’s THE BEAT comeback, the boys had already released a short video clip for O.A.S.I.S as part of the group’s promotion for their latest mini album of the same name. Thanks to Topp Dogg’s reality program, Topp Dogg Project, fans are once again gifted with two new and hilariously dramatic music videos for O.A.S.I.S and another track of the album, Runaway!

In the video for O.A.S.I.S, member B-Joo plays the role of a bullied girl who undergoes a transformation from an ugly duckling to a beautiful swan with surprising results. Meanwhile, Runaway depicts the tale of leader P-Goon attempting to (unsuccessfully) woo a dolled-up Hojoon, who evades and rejects him time after time. Watch the funny ‘music dramas’ below:

Topp Dogg Project is currently airing on MBC Music on every Monday at 7 pm (KST).