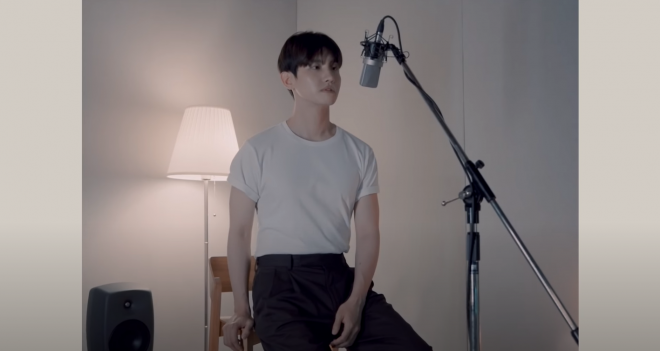 Fall in love all over with the sweet vocals of Changmin through his latest music cover!

A new hot topic arrived in the form of a cover video, in which music lovers can enjoy the emotional vocalist of TVXQ, Max Changmin.

The video got uploaded on July 12 at 6 PM KST via the official TVXQ channel. It drew attention, presenting a solo version of AKMU’s song “How Can I Love The Heartbreak, You’re The One I Love”.

In the video, Changmin brought out his own sensibility, and fascinated music fans with his calm vocals and appealing singing. His expressive features further added to the immersion of the cover.

Viewers were able to experience not only this new one-man version of the track, but also the singer’s sophisticated vocals. The artist had previously proved his power notes, as well as his gentle singing skills numerous times.

Moreover, Changmin is expected to continue to communicate by sequentially releasing cover videos. Through them, fans will be able to experience the colorful vocal charms of the singer.

The performer is part of the TVXQ duo, along with U-Know Yunho. Changmin made his solo debut last year, with the mini album Chocolate, in which he captivated fans with his outstanding charms and various song types that he included in it.

He also showcased his music writing talents for his own works, his groups’, as well as for fellow label mates.

Meanwhile, Max Changmin is active as a solo host in the live show Free Hug, which broadcasts on Naver NOW at 8 pm every Friday.